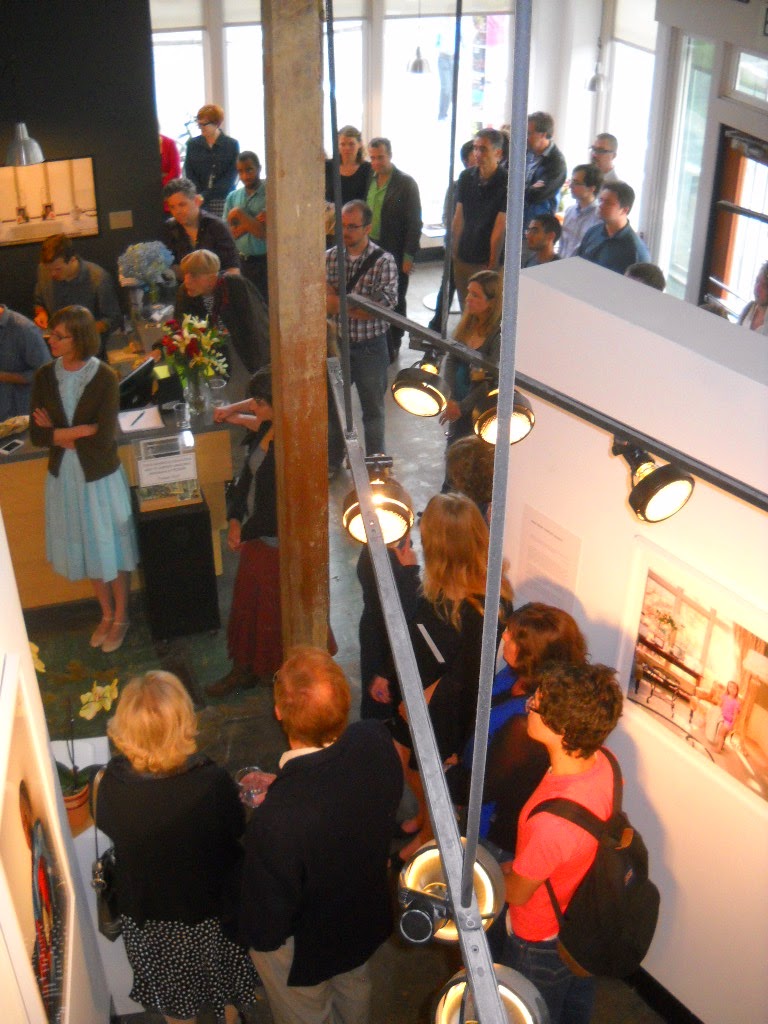 The Certificate Program is a 53-credit program in fine art photography. Photo Center NW is an accredited institutional member of the National Association of Schools of Art and Design (NASAD). Courses are technically and creatively demanding, and the program provides instruction on par with post-baccalaureate programs in photography. During their studies, students develop their own style of photography and grow in ability to understand, appreciate, produce and critique photographic works. 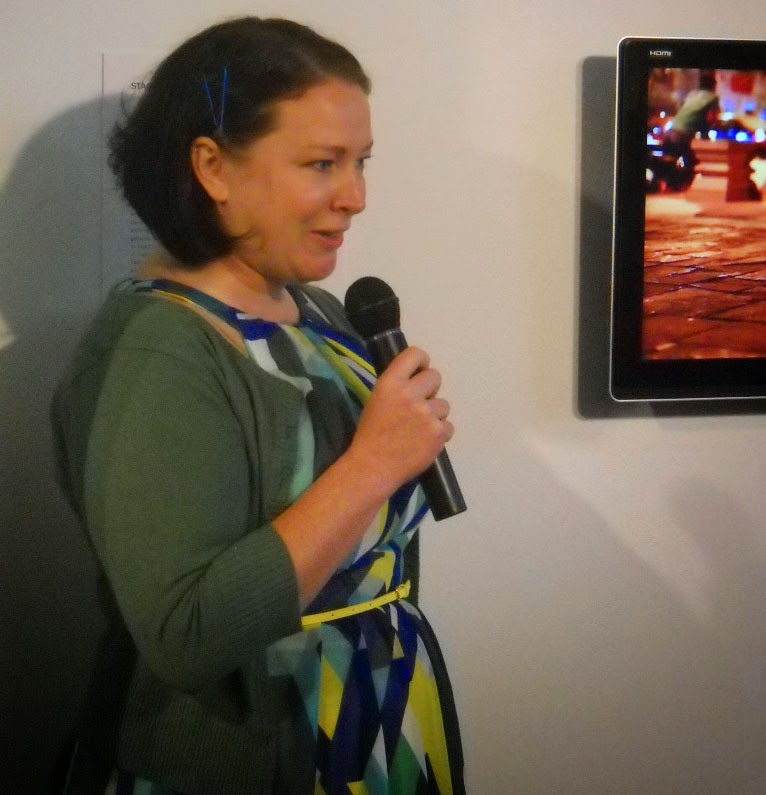 Congratulations Stacy!
Posted by Melody Crust at 4:00 AM No comments:

I retreat with my friends every January. Five days of fun. Sewing, eating, laughing, and visiting! For a number of years we went to a small resort village in beautiful Langley on Whidbey Island. Langley is a tourist destination and many businesses in immediate area promote themselves in tourist pamphlets available around the world. Langley is home to a 1930s era movie theatre, a grocery store of the same vintage, and several restaurants. On my way to present a lecture in a near by town, I stopped for a short visit.
Posted by Melody Crust at 4:00 AM No comments: 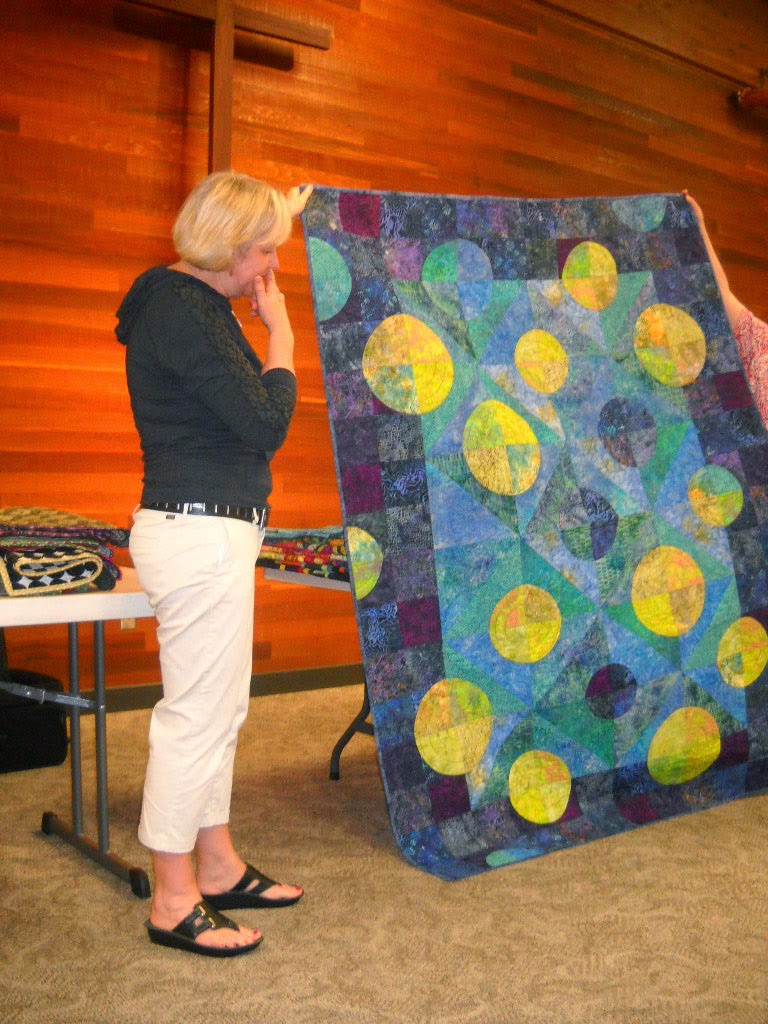 Karla Alexander was last nights' presenter. She has been a featured teacher at many quilt retreats and has taught thousands of students how to quilt using a variety of methods including her own stack methods. She has made hundreds of quilts with hundreds more waiting to be made.(A lady after after my own heart). 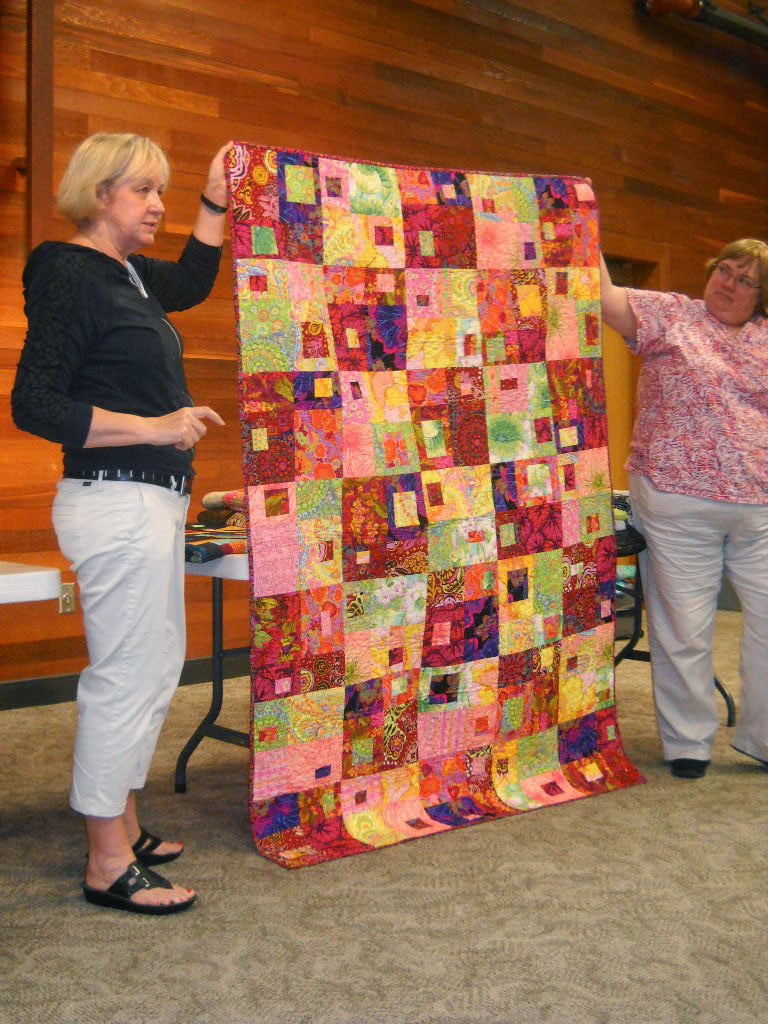 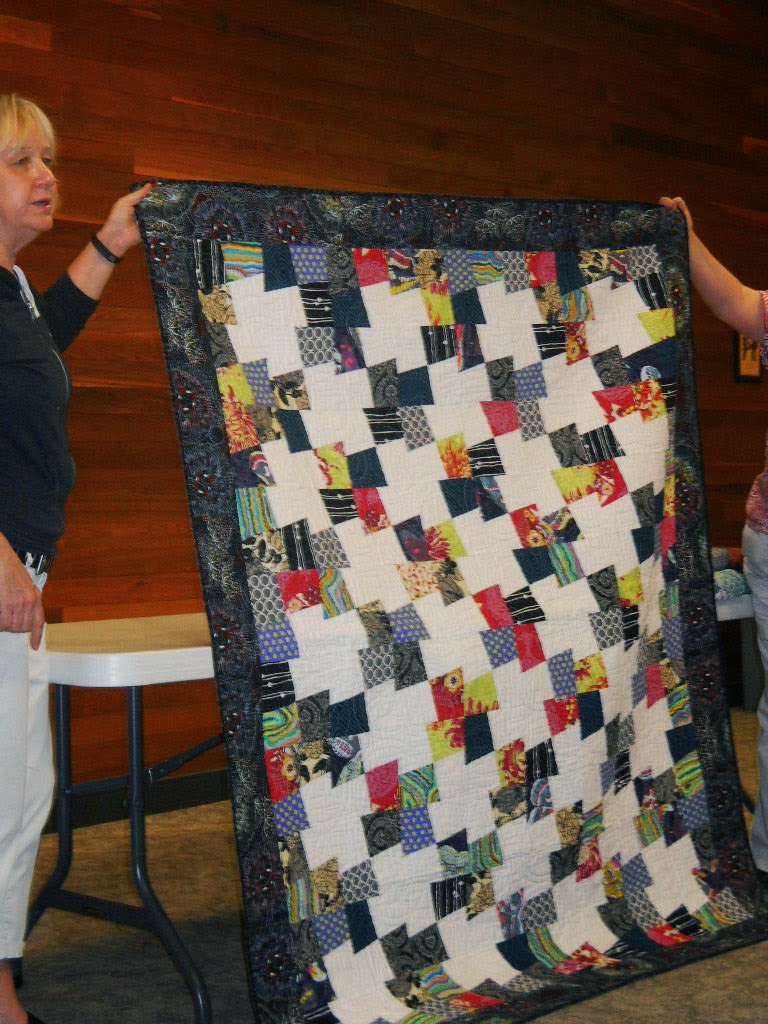 Posted by Melody Crust at 9:30 PM No comments: 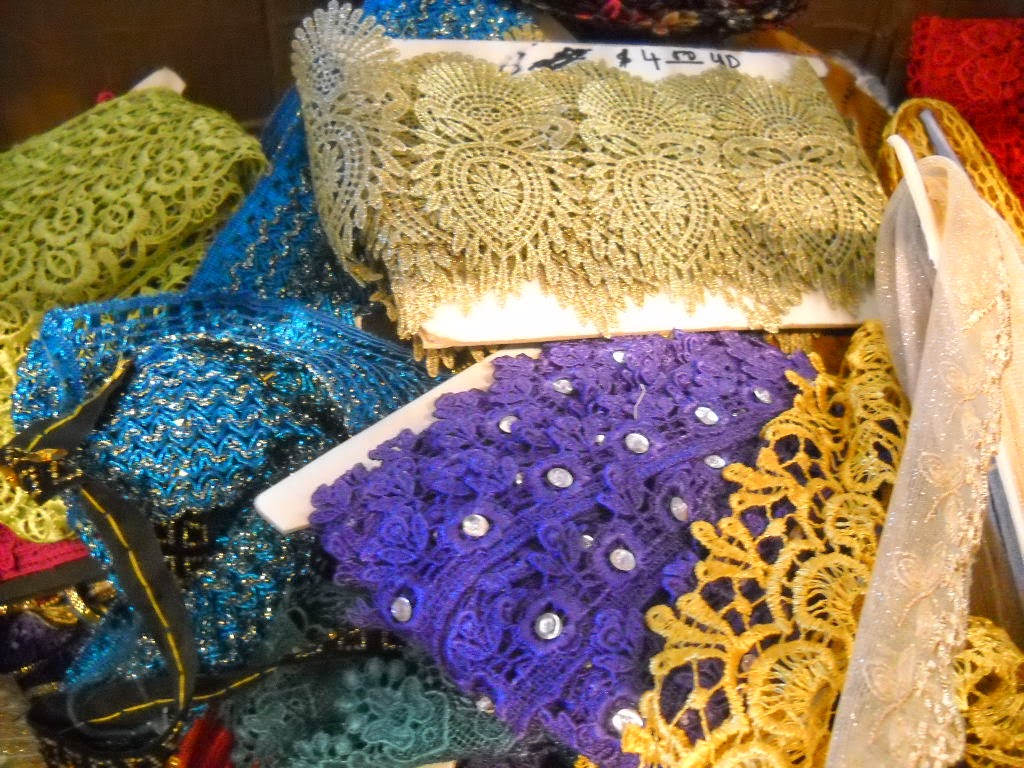 Use Embellishments in a sentence
Melody loves to embellish her quilts!
[em-bel-ish-muhnt] Show IPA
noun
1.an ornament or decoration.
2.a fictitious addition, as to a factual statement.
3.Music.
a.ornament.
b.auxiliary tone.
4.the act of embellishing.
5.state of being embellished. 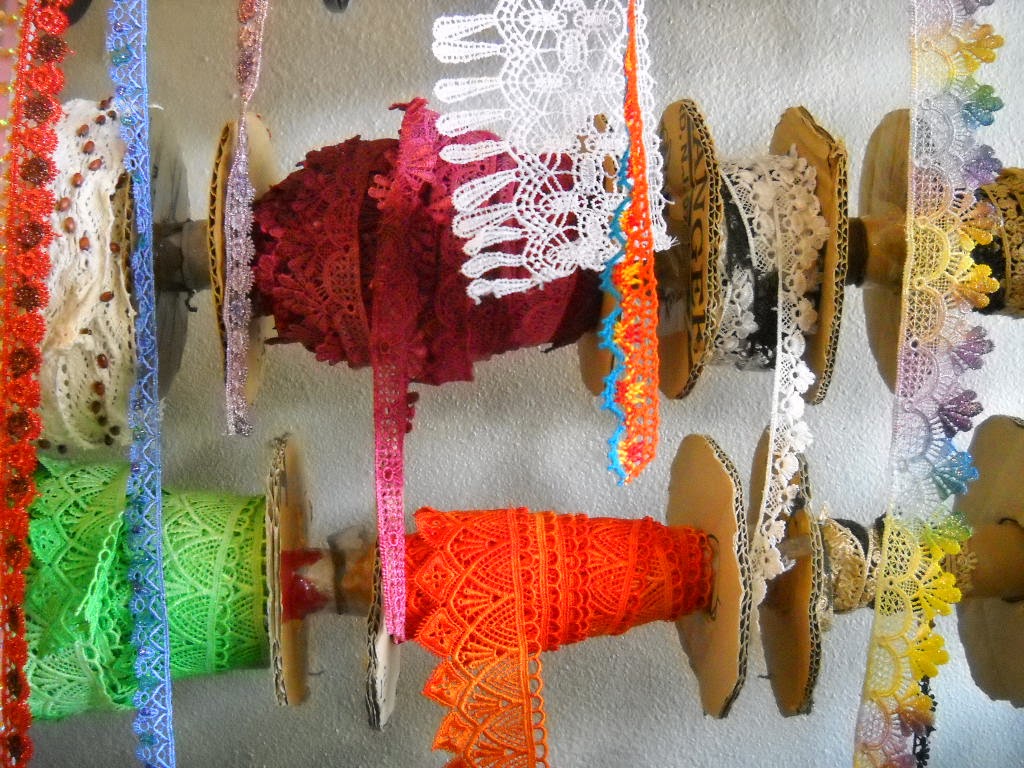 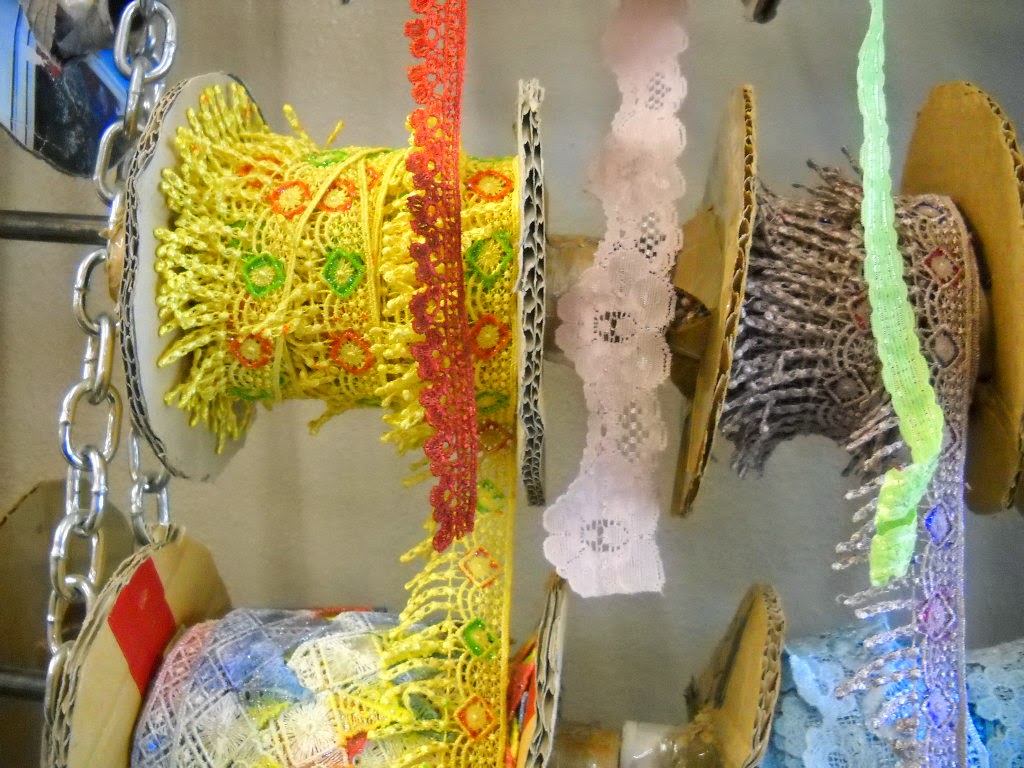 And right in my own backyard is the La Conner Quilt & Textile Museum, La Conner Washington. The mission of the Museum is to collect, preserve, and exhibit local, national, and international quilts and textiles; to provide an educational experience; and to preserve the historic Gaches Mansion.This museum is a 'must see' for quilters The Gracies Mansion is a beautiful restored Victorian with furniture from the era....enhanced by beautiful old quilts...& modern works of fibre artists. Knowledgeable/friendly staff. Great gift shop!

The Art Quilt Gallery NYC is focused on a single art form: quilts, whose  aesthetic range, creative spirit, execution, and sheer beauty make this a compelling art, yet one that is rarely displayed in New York.  I think you will be impressed with the range and quality of work.  Opened on April 5, 2011, The Art Quilt Gallery NYC features the best quilts from around the world.

It's All About the Quilting

I have love the quilting part, and by that I mean the stitching through the layers the best. Yes, I love to piece, paint, applique and all that stuff too. But oh the quilting. My collection of thread solidifies this.

I know I need to practice, or maybe warm up would be a better way to put it, before I quilt for real. Practice for practice sake just isn't fun. I have a piece all ready, sitting right next to my machine all the time. Usually something with absolutely no deadline. 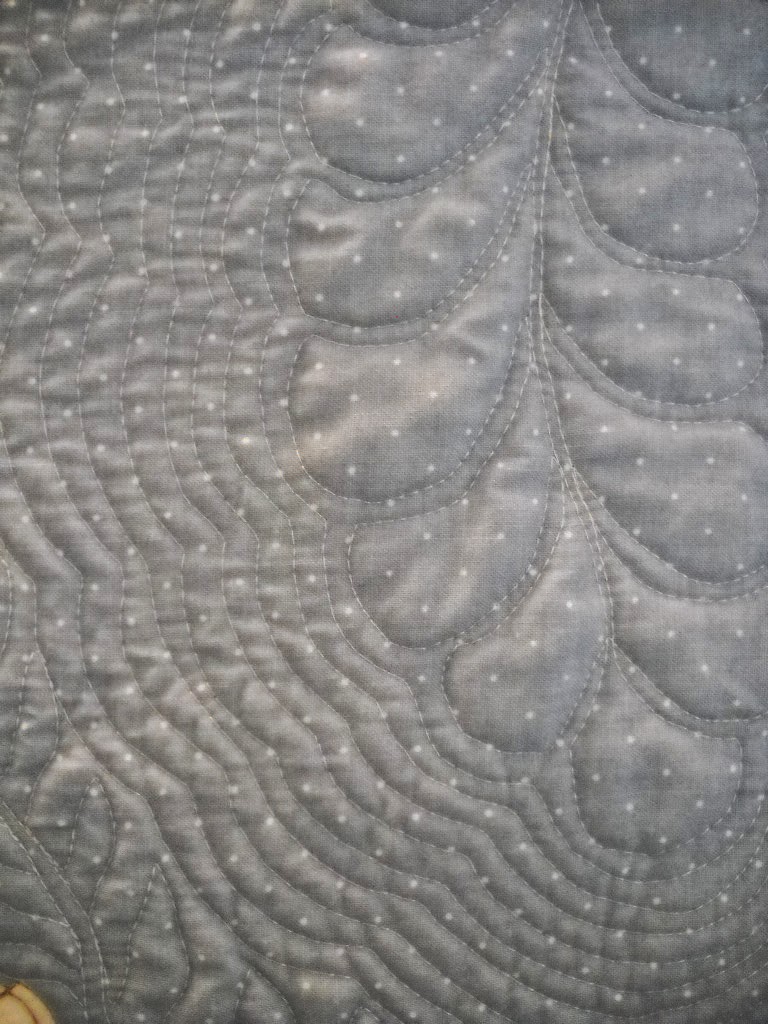 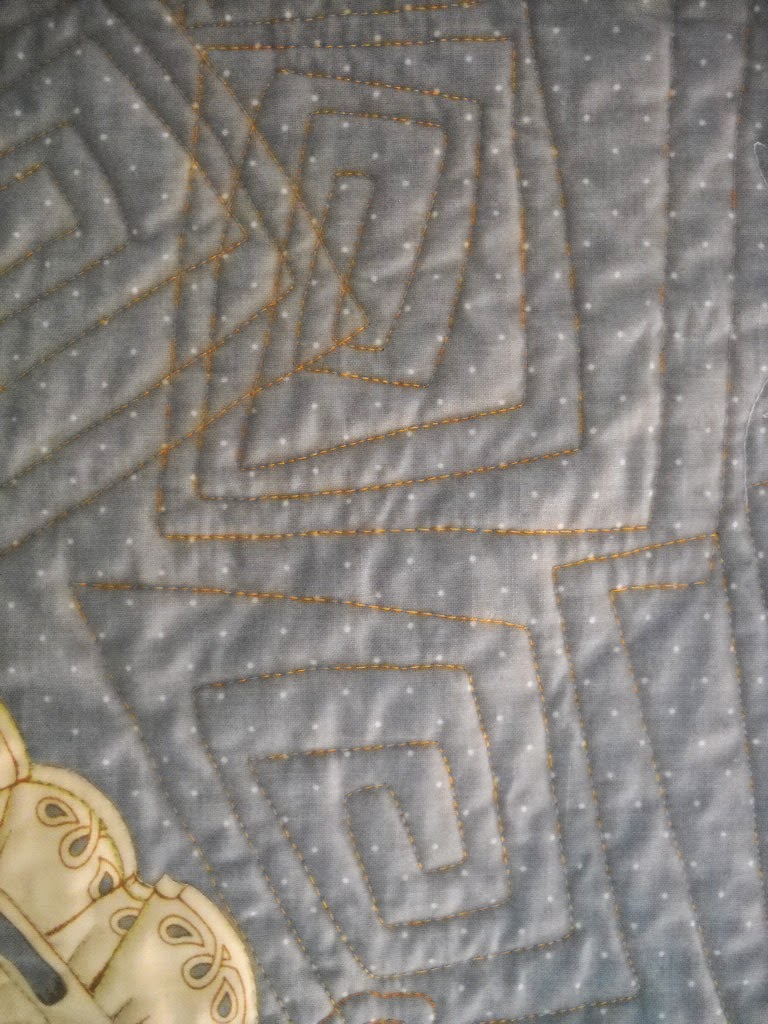 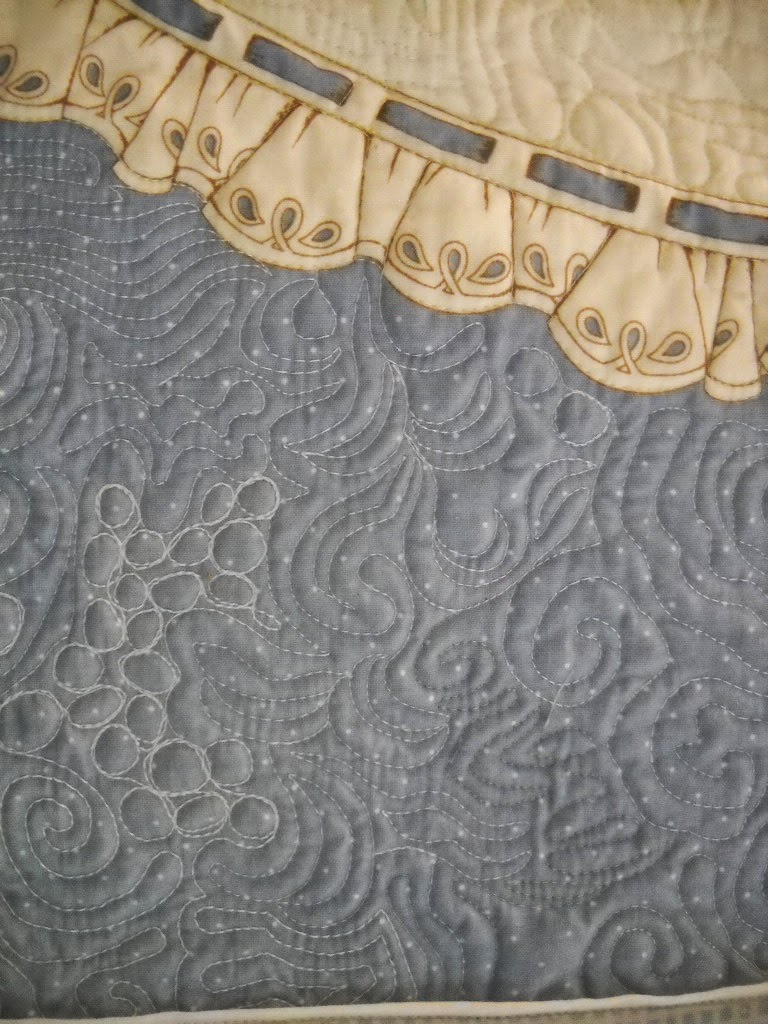 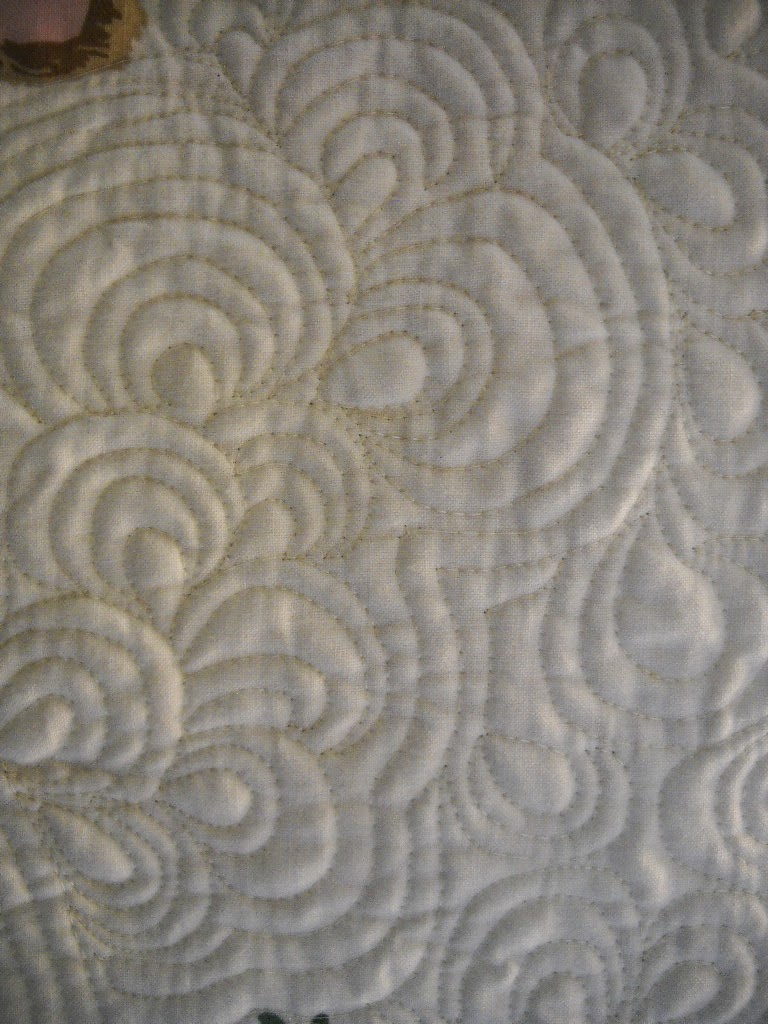 Quilters on the Rock, Coupville WA

Quilters on the Rock have invited me to present at their meeting tomorrow night.
I'll be there with my newest lecture:
So Many Ideas; So Little Time

This lecture is a humorous look at how Melody designed and made her latest contemporary quilts including some from her books. Hear from her own lips how she recovered from quilt disasters and made "silk purses" from "sows ears". You can relate to these true confessions of the struggles and foibles of a prolific quilter. Lecture includes projected images and showing of many of Melody's quilts 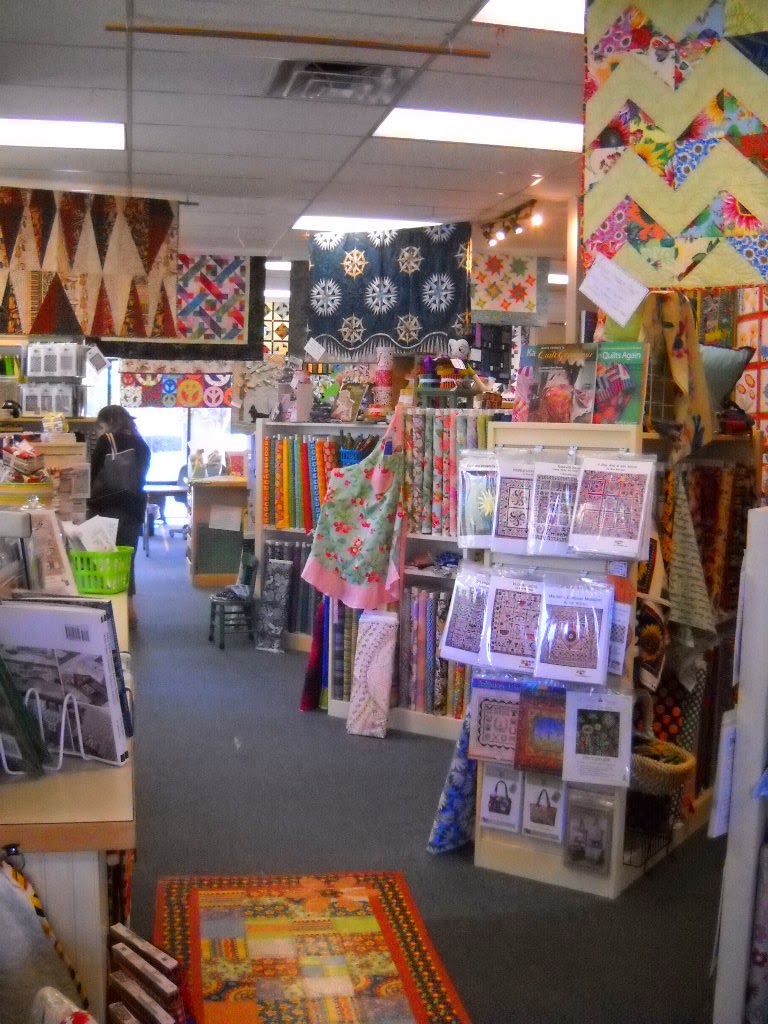 At Aunt Mary's, THEY LOVE QUILTING! And it shows. Good variety of things to temp us. And more basics. They carry a large selection of hand and machine threads and such. 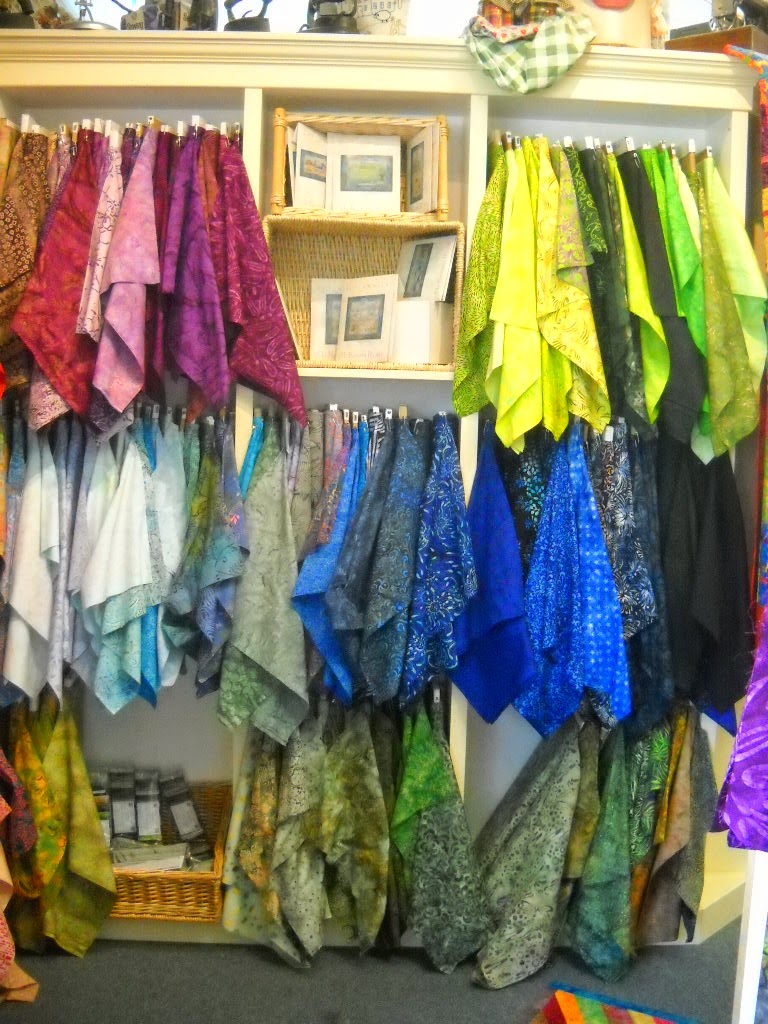 Great Merhants in the Mall


The chance to shop is no small part of the reason we love quilt shows. The weekends show was no exception.

It's here!  The Woolley Fiber Quilters have been preparing their best quilt show EVER!

Blast of Freedom will be held in two locations, both on Metcalf Street in downtown Sedro-Woolley!

Once again, the show will feature a bed-turning with some delicious vintage quilts, including doll quilts!  And vendors, a raffle quilt, demonstrations, and lots of quilting inspiration for you! 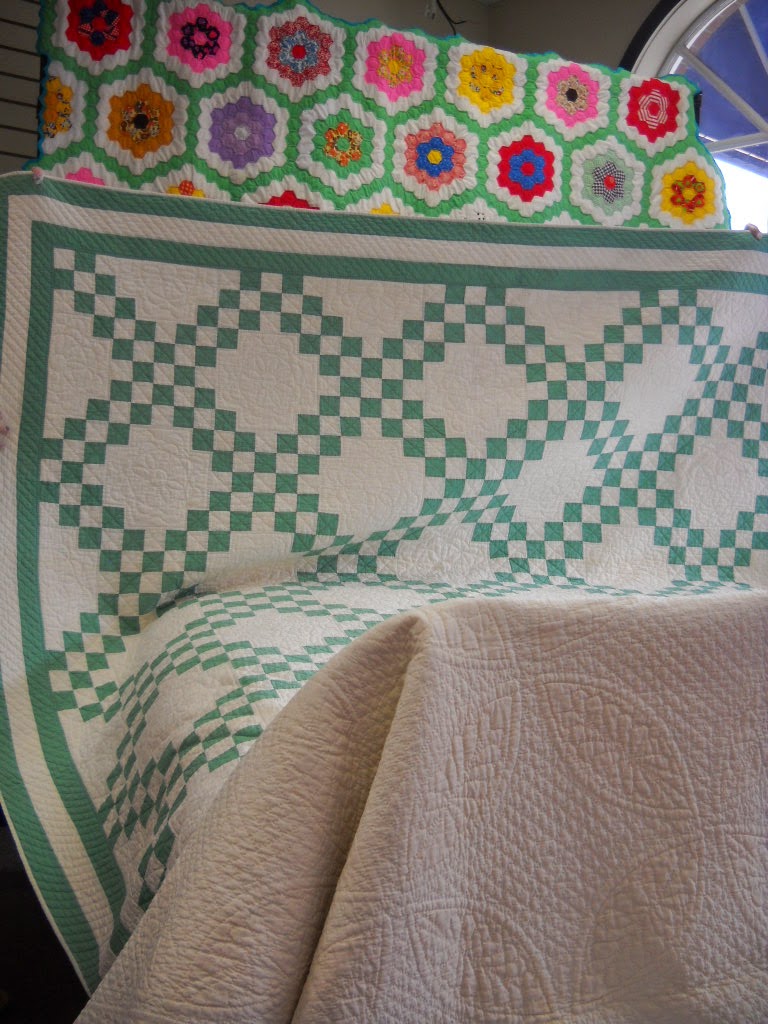 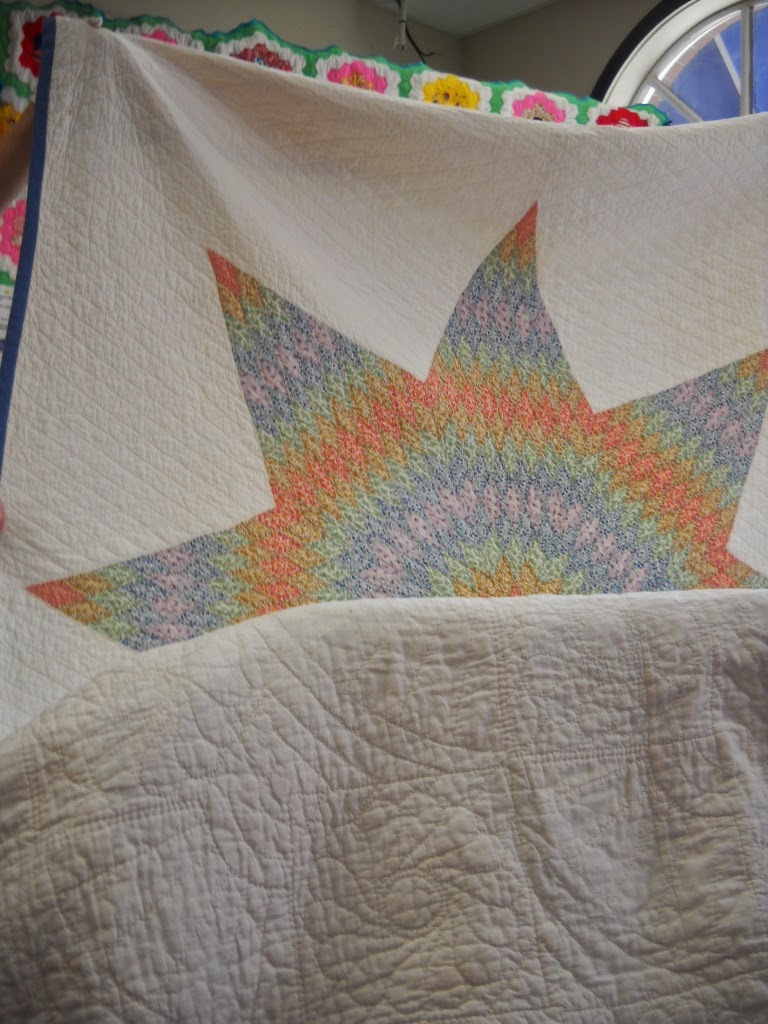 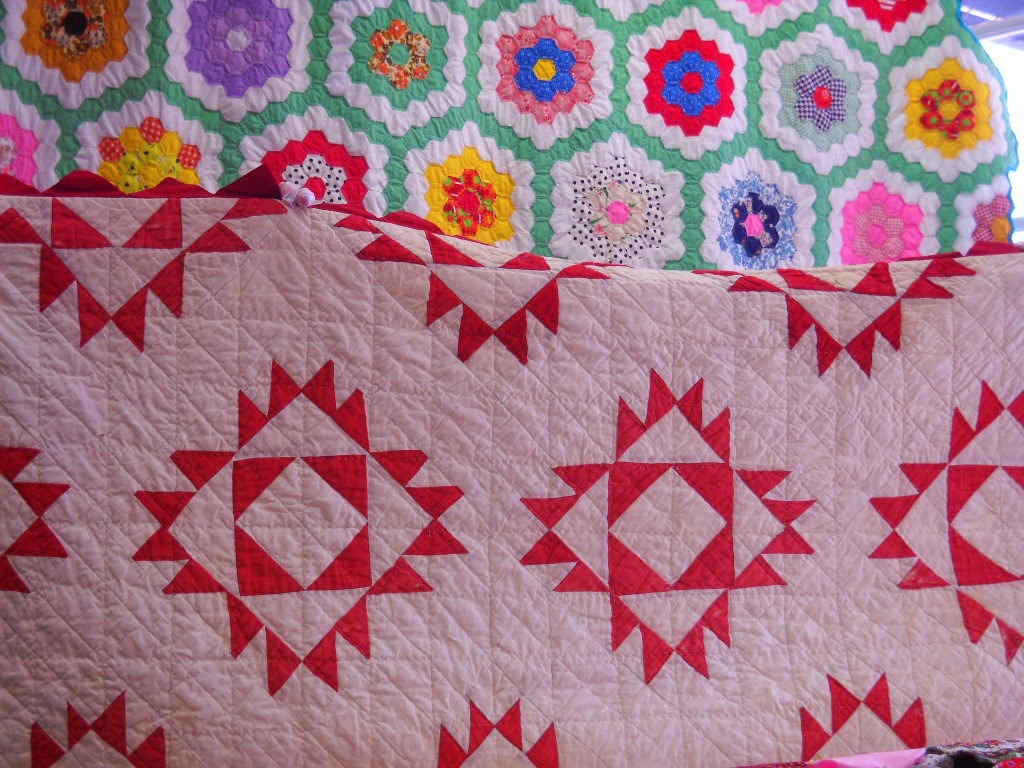 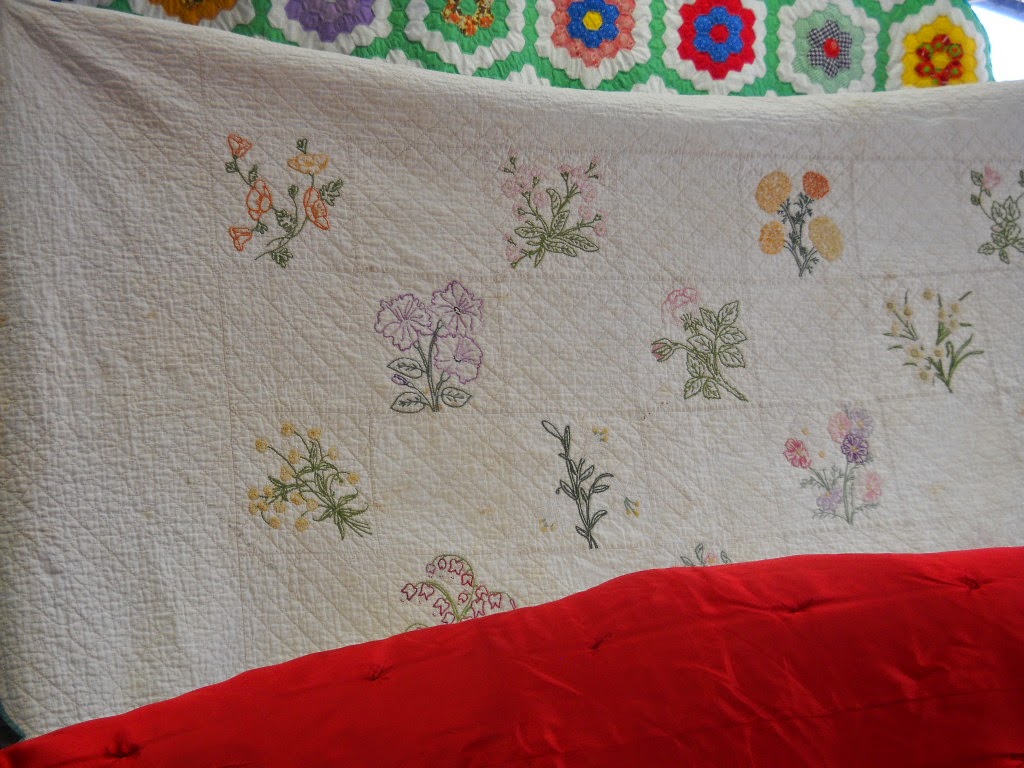 My friend Patti gardens. No more quilting at her house. A most beautiful garden! 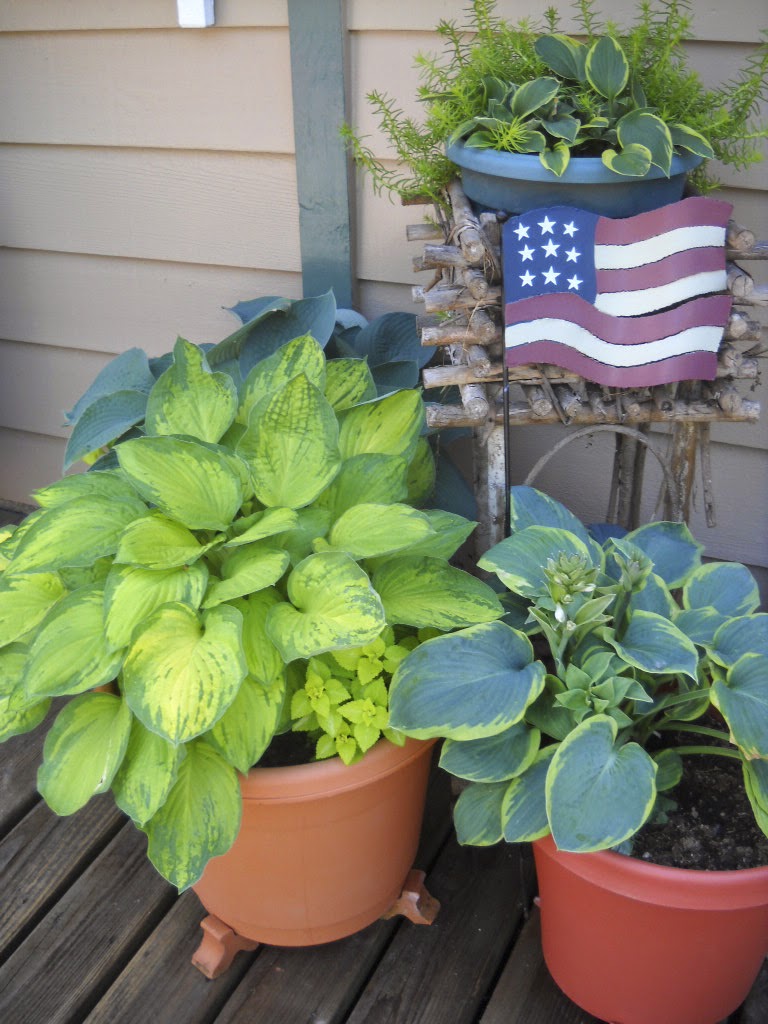 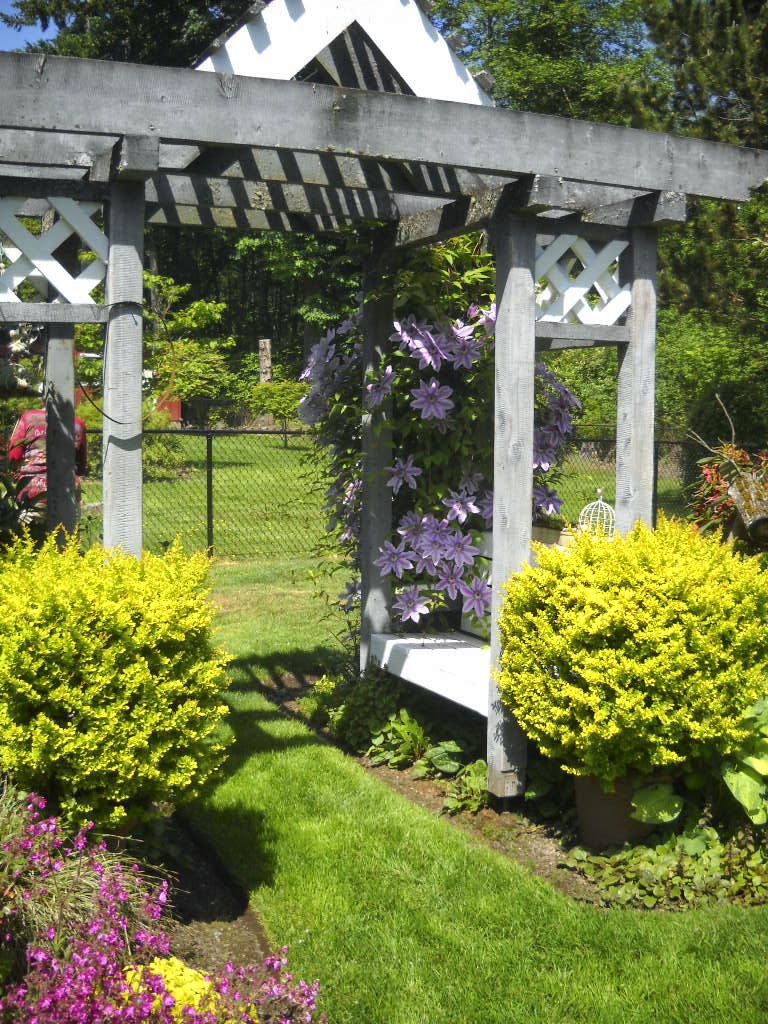 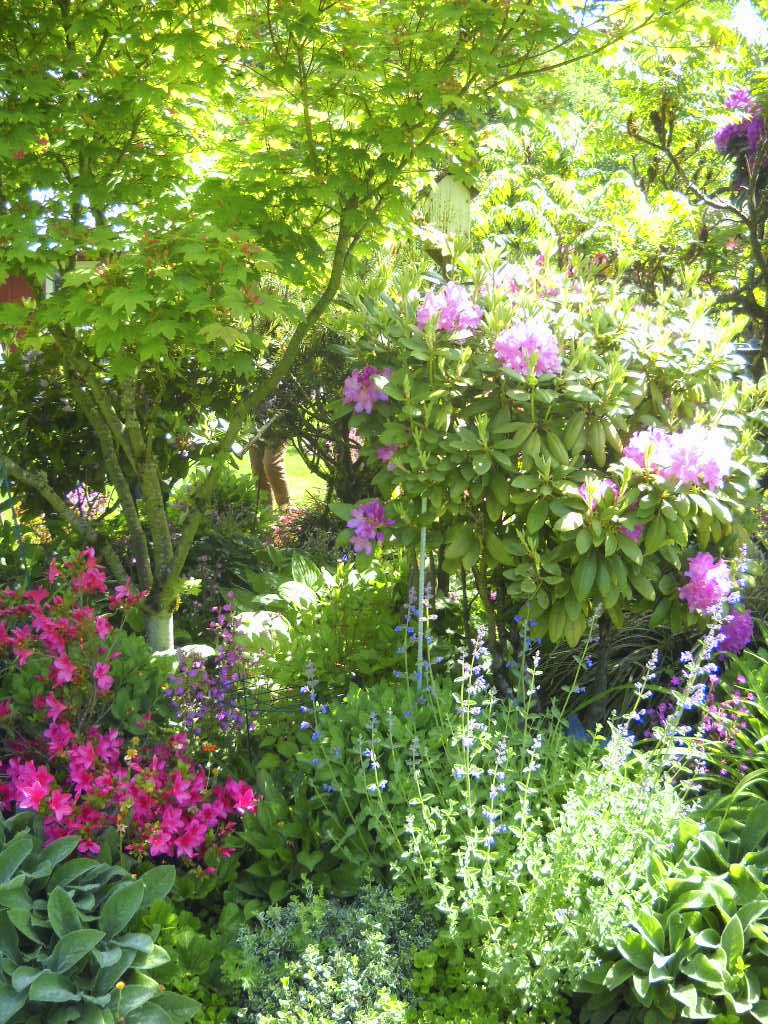 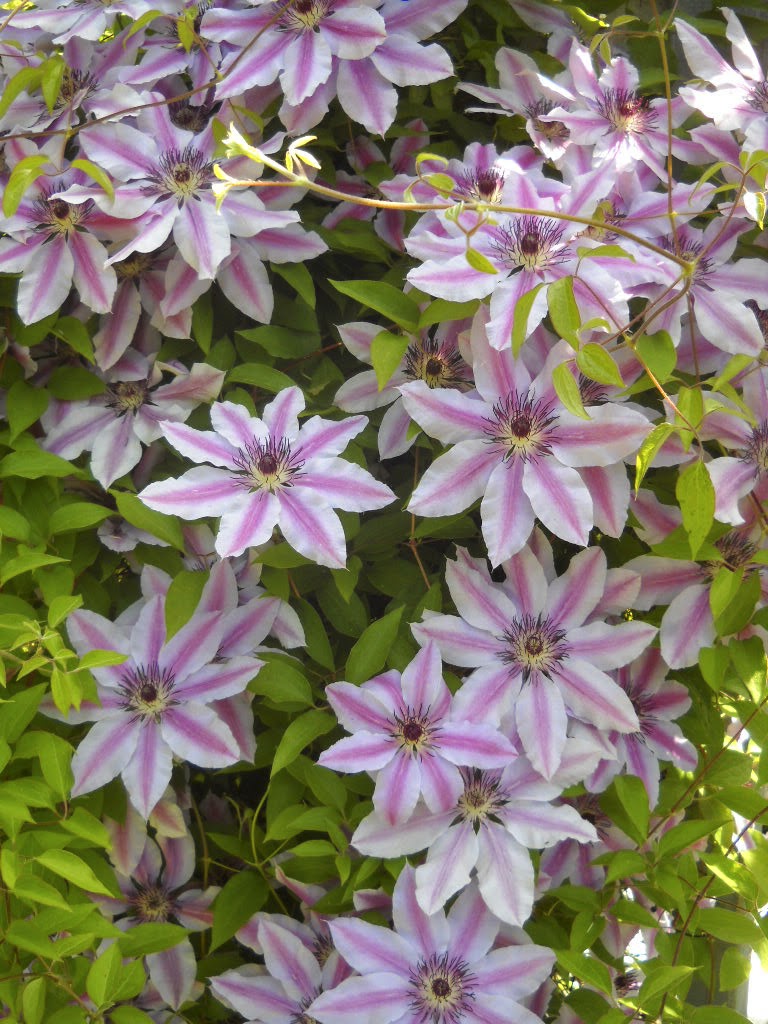 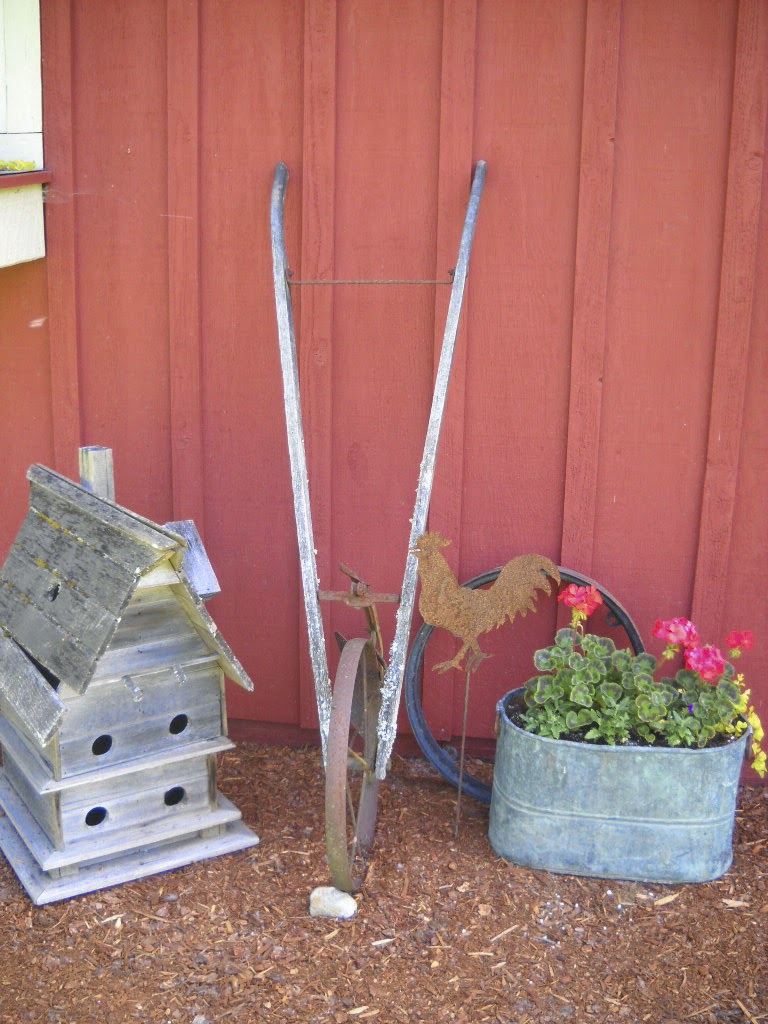 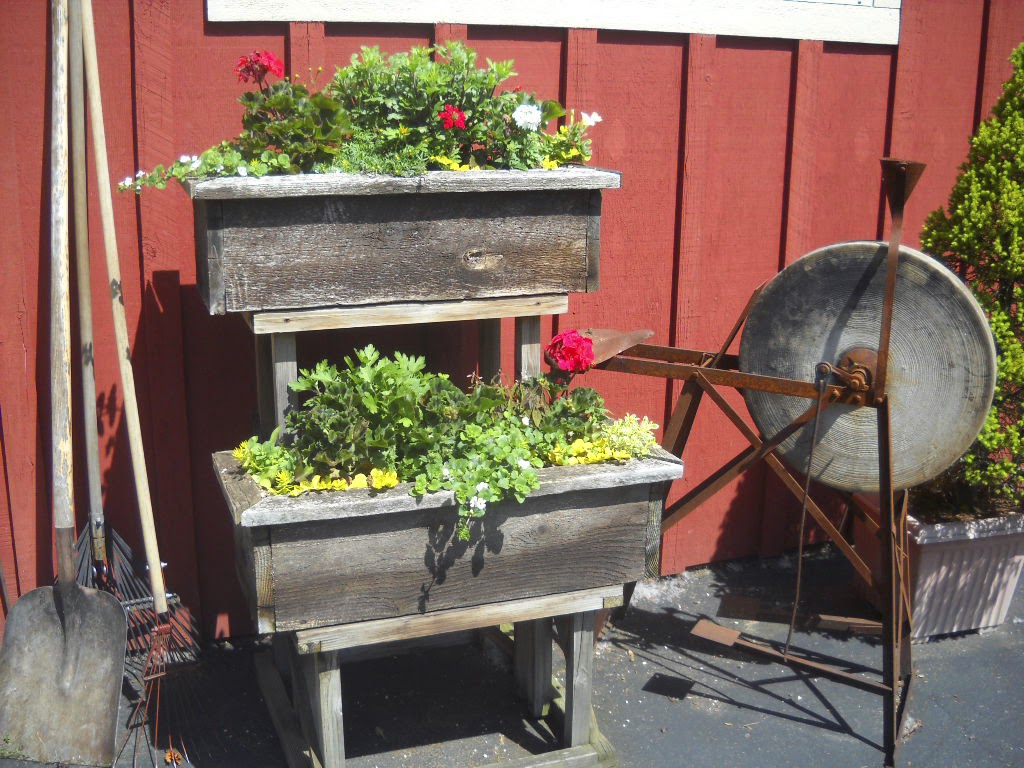 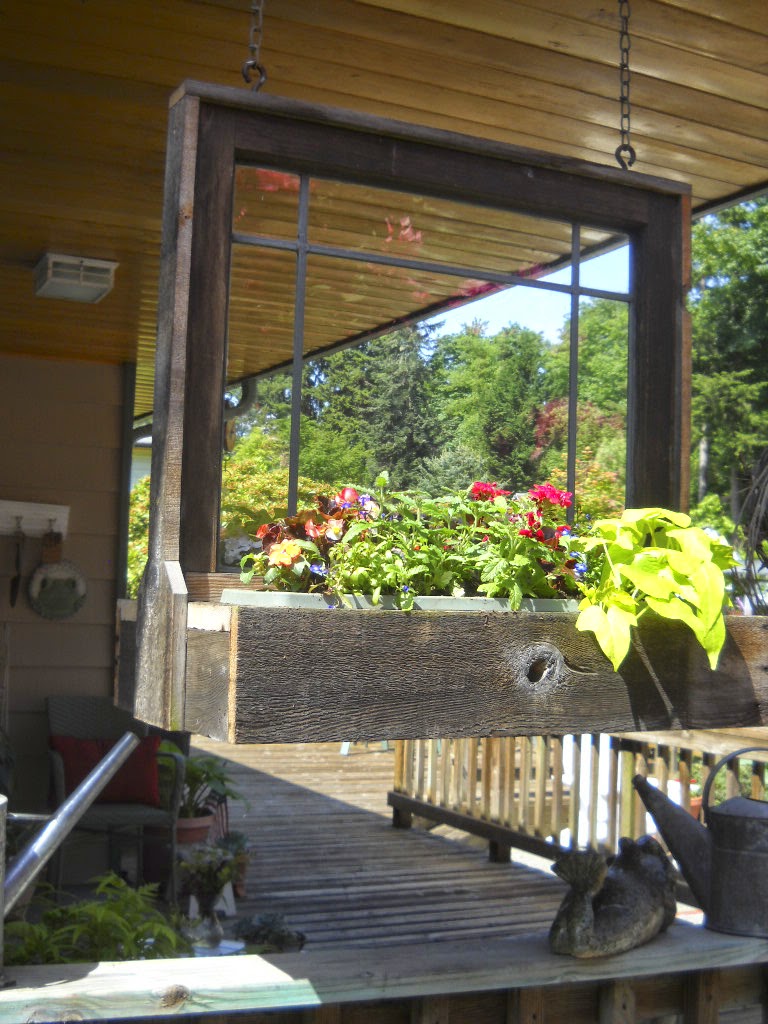 Celebrating this year's graduates of the Certificate Program

Seattle, WA. June 3, 2014— Photographic Center NW (PCNW) is pleased to announce our 2014 Thesis Exhibition, celebrating this year's graduates of the Certificate Program: Jon MacLaren, Stacy Osterman, Anna Ream and Britland Tracy. This exhibition marks not only the culmination of a year’s worth of artistic practice for these artists but also presents a new generation of Northwest artists to our community. Join us for a reception on Thursday, June 26th, beginning at 6pm; at 8pm the graduating artists will share the intent of their projects and delve into their process in an informal gallery setting amongst their work.

In Second Hand, Jon MacLaren explores the relationships within his family, and the repercussions of secretiveness upon them. Using existing family photographs as his raw material, he manipulates them through traditional black and white darkroom processes to produce new, large-scale pieces. Traces of the original photographs are present in the resulting images, much as the traces of long-past events are still present in us—present, yet altered; out of proportion, distorted, inescapable.

Stacy Osterman's Same Same, But Different is a multi-media exploration of communities' response to the aftermath of tragedy. Mending breaks in the concrete that cover the space where people gather, Osterman's color photographs document the process of creating temporary memorials, made of found and broken ceramics, in locations around the world.

Anna Ream’s Comfort Objects is a photographic exploration of children’s complex relationships to "comfort objects," which serve as a conduit for meeting their emotional and psychological needs. Through these photographs Ream ponders childhood and the objects’ link to parenting and motherhood as they aid children in navigating separation.

In Presence, Inhabitance, Inheritance, Britland Tracy returns to the familial places she has known all her life, staging performative tableaux that transform private spaces and objects to illuminate the fantastical and often overwhelming role they play in shaping formative human experience. During the second year of their lives, Canada geese find a mate. They are monogamous, and most couples stay together all of their lives. If one dies, the other may find a new mate. The female lays from 2–9 eggs with an average of five and both parents protect the nest while the eggs incubate.

The incubation period, in which the female incubates while the male remains nearby, lasts for 24–28 days after laying. As the annual summer molt also takes place during the breeding season, the adults lose their flight feathers for 20–40 days, regaining flight at about the same time as their goslings start to fly.

As soon as the goslings hatch they are immediately capable of walking, swimming and finding their own food (a diet similar to the adult geese). Parents are often seen leading their goslings in a line, usually with one adult at the front, and the other at the back. While protecting their goslings, parents often violently chase away nearby creatures, from small blackbirds to lone humans that approach, after warning them by giving off a hissing sound and will then attack with bites and slaps of the wings if the threat does not retreat or has seized a gosling.

The offspring enter the fledging stage any time from 6 to 9 weeks of age. They do not leave their parents until after the spring migration, when they return to their birthplace.