Washington State Ferries is a passenger and automobile ferry service owned and operated by the
Washington State Department of Transportation that serves communities on Puget Sound and in the San Juan Islands. It is the largest passenger and automobile ferry fleet in the United States and the third largest in the world by fleet size. The service is also the largest in the world based on the number of vehicles carried, having carried 11 million annually.
Posted by Melody Crust at 6:34 AM No comments:

In 1992 a small group of volunteers from the Puget Sound area, the Olympic Peninsula and eastern Washington formed the “Association of Pacific Northwest Quilters.” The association's objective was to present a high-quality juried and judged quilt show. Since the first show in 1994, thousands of people from across the country and abroad have enjoyed the quilt show.

In 2009 the Association changed its name to reflect its growing region. The Association of Pacific West Quilters (APWQ) now includes Alaska, Arizona, California, Colorado, Hawaii, Idaho, Montana, Nevada, New Mexico, Oregon, Utah, Washington and Wyoming in the United States, and Alberta, British Columbia, the Northwest Territories, Saskatchewan and Yukon in Canada. While membership is open to everyone, only those who reside in the defined Pacific West region are eligible to enter the contest. Be sure to check out my quilt Waiting for the Sun.

This years show is is about to happen. Here's the info:

Labels: Waiting for the Sun

Melody at play! The Longarm Experiment 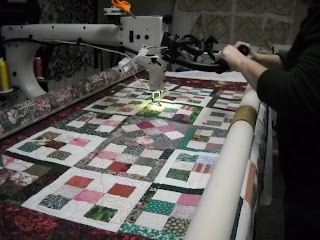 Okay, so I've tried the longarm machine. I'm very fortunate that I have access to a longarm. I've tried it a number of times. I like the result, the fact that I can quilt a bed quilt in a day, but the process just doesn't work for me! From now on I'll quilt the really big, family quilts by check! (That's pay someone else to quilt them!) 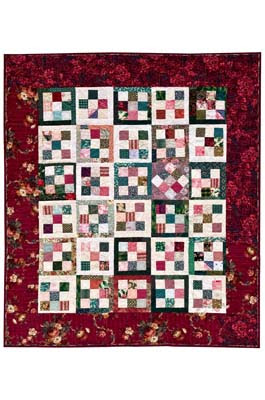 Posted by Melody Crust at 6:07 AM No comments: 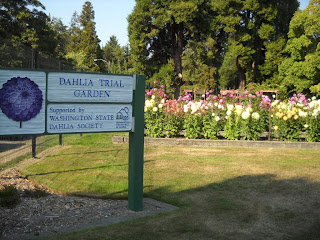 In Tacoma we are fortunate to have one of the best places in the nation for viewing such a display. The Dahlia Trial Garden, located in Point Defiance Park. The Washington State Dahlia Society, which started in Tacoma more than one hundred years ago, serves as the steward of the Trial Garden. 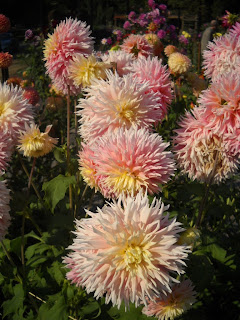 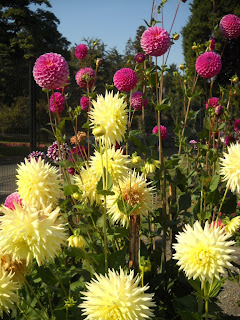 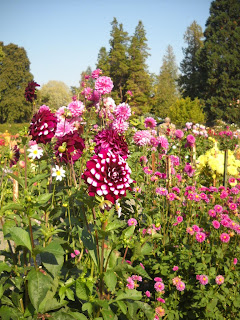 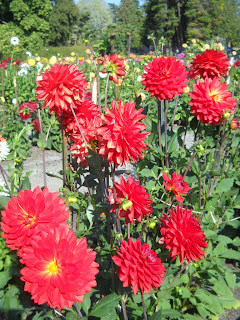 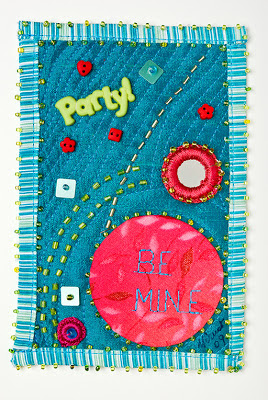 Words are a simple addition, too, and there are a variety of ways to add them to your Eye Candy Quilt. Hand stitch them, use your sewing machine lettering program or purchase them straight from a craft store. You can even write directly onto buttons using a sharp-tipped permanent marking pen. 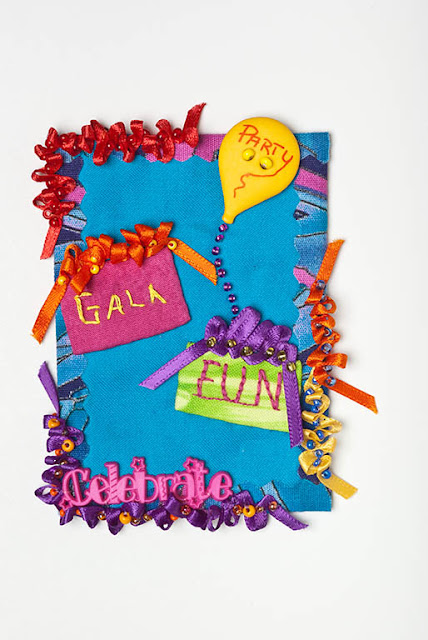 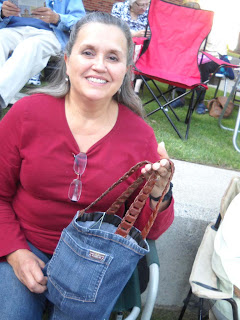 Out and about on a sunny summer afternoon, I ran into Jeanette and her great purse/knitting bag. An old pair of jeans and a worn out belt were all it took to inspire her to make this great bag.

Posted by Melody Crust at 5:57 AM No comments:

A New Idea for Labels

I love to print labels with my computer. Sew-On Printable Fabric Sheets work with any inkjet printer or inkjet copier and are colorfast and washable.

Instructions:
1. On your computer - prepare image to be printed. 2. Set printing parameters at BEST for the print quality and PLAIN PAPER for the paper type. 3. Print first on regular printer paper to test ink coverage - image clarity - size and placement. 4. Cut (do not pull) any loose threads from the Printed Treasures sheet. 5. Load Printed Treasures sheet in printer tray so image prints on fabric side. Follow your printer's directions for loading instructions. 6. Print image. 7. Allow ink to dry completely - (approximately one minute). 8. Slowly peel paper backing from the Printed Treasures® fabric sheet. 9. Before sewing - remove any excess ink that may be resting on the fabric surface. This can be done by submerging your fabric sheet in an oversized bowl that is overflowing with a constant stream of cold water. Keep fabric sheet submerged for approximately one to two minutes. The water will carry off any excess ink - and prevent it from attaching to other areas of the sheet. Do not twist - or wring out - simply lay flat to dry. 10. Once dry - the sheet is ready to use. Care for completed Printed Treasures projects: As needed - hand or machine wash in cold water using the gentle cycle and a mild detergent. Air or machine dry using low heat. After washing or rinsing - Printed treasures is iron friendly using the lowest steam setting (silk or wool). For best results - avoid exposure to direct sunlight. 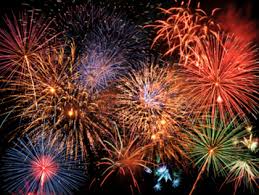 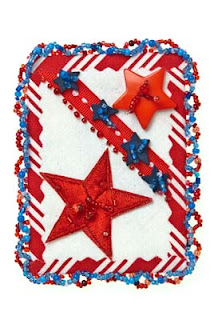 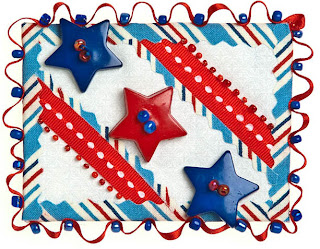 It's About the Thread


Thread may have once been considered just a basic necessity of sewing, but happily it’s now available in so many luscious colors and types that it has become sheer pleasure to use. I love the stuff!


Posted by Melody Crust at 5:47 AM No comments: