I am a big supporter of supporting my local guild Evergreen Piecemakers. I try to attend as many meetings as possible. One of my favorite things is programs. Learning about other quilters and their passions is very inspiring.

This month the program was JB Scharf's: Celebrate Silk! JB says "Long an admirer of things Japanese she loves to create elegant applique patterns in the Asian style." She brought some wonderful things to share.

The International Quilt Study Center & Museum is located on the University of Nebraska-Lincoln. The Study Center's mission is to inspire an understanding of the cultural and artistic significance of quilts by collecting, preserving, studying, exhibiting and promoting discovery of quilts and quiltmaking traditions from many cultures, countries and times.
Posted by Melody Crust at 6:30 AM No comments: 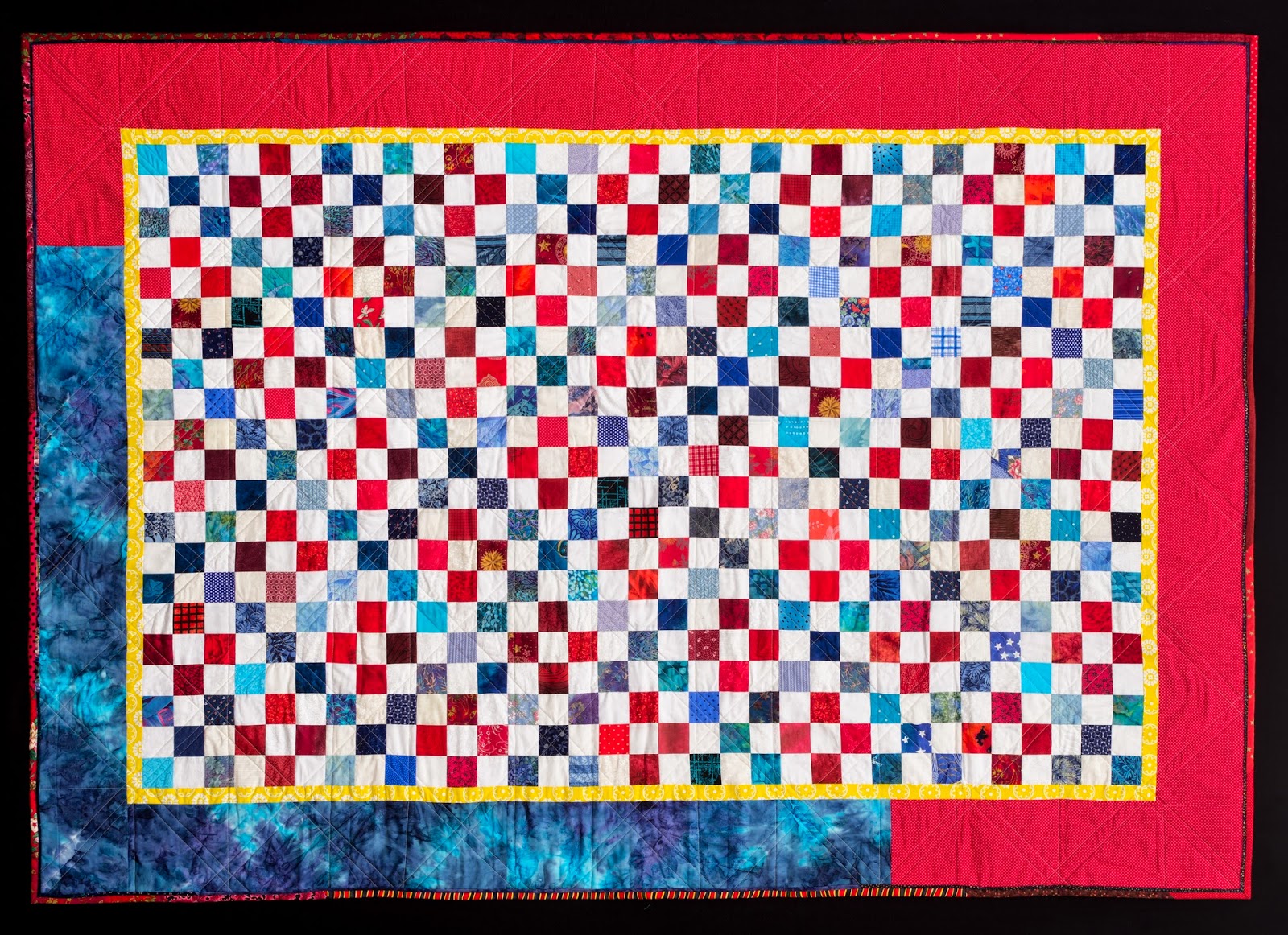 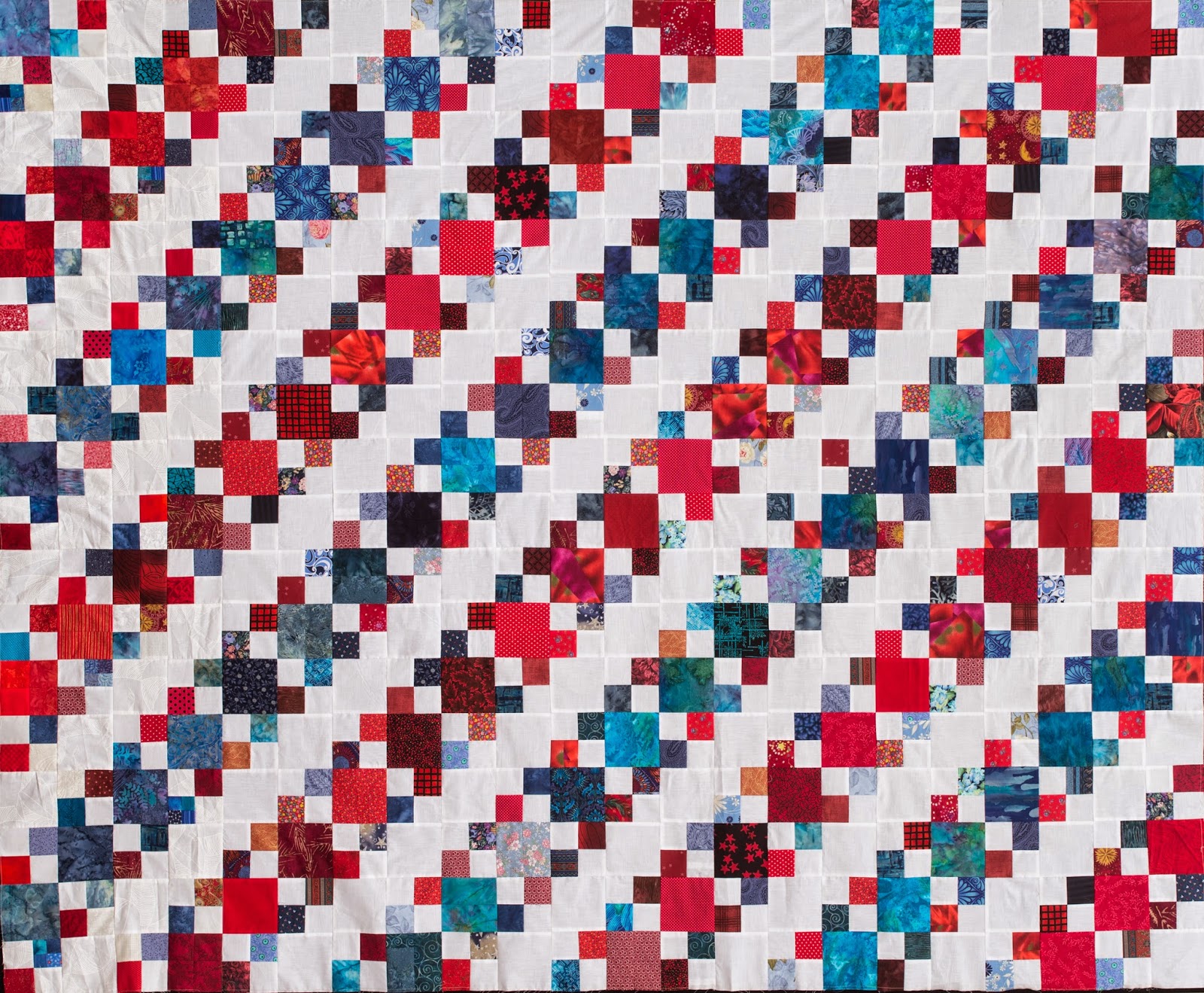 Visions Art Museum: Contemporary Quilts + Textiles is a program of Quilt San Diego, a non-profit arts organization founded in 1985 to promote contemporary quilt making as fine art. Until 2007 when volunteers organized a community build and created our permanent location at NTC at Liberty Station in San Diego, California, the organization's only mission was to present the prestigious, international, juried biennial, Quilt Visions, hosted at other museums in the San Diego area.

The San Jose Museum of Quilts & Textiles is thenexus for fiber artists, art lovers, collectors, quilters, and crafters who share a passion for fiber art and a deep commitment to its preservation and evolution. The Museum is known for its warm welcoming atmosphere where powerful compelling exhibitions explore the stories and artistry of traditional and new fiber art and artists.

The Wisconsin Museum of Quilts and Fiber Arts

The Wisconsin Museum of Quilts and Fiber Arts, located just east of historic downtown Cedarburg, Wisconsin, is dedicated to educating the public about the artistic, cultural, historic and social importance of quilts and fiber arts. The museum’s roots extend back to 1988 when a group of quilters in southeastern Wisconsin founded the Wisconsin Quilt History Project, Inc., whose mission was to preserve the history and creativity expressed in quilts through documentation and research.  Since 1988, over 8,000 quilts and their stories have been captured.  These records provided the material for an award-winning book, Wisconsin Quilts:  History in the Stitches, (second edition, 2009).

In 2001, the group purchased the Hoffmann-Boeker farmstead as the future home of a museum dedicated to creating, preserving and teaching fiber arts. The 2.2 acre farm includes seven original stone and timber structures; the dairy barn with silo, farmhouse, ice house and summer kitchen/smokehouse/blacksmithery.

The WMQFA has since refurbished the barn for use as a gallery and education center, opening in August 2011.  The site received Landmarks Designation from the City of Cedarburg in 2004. 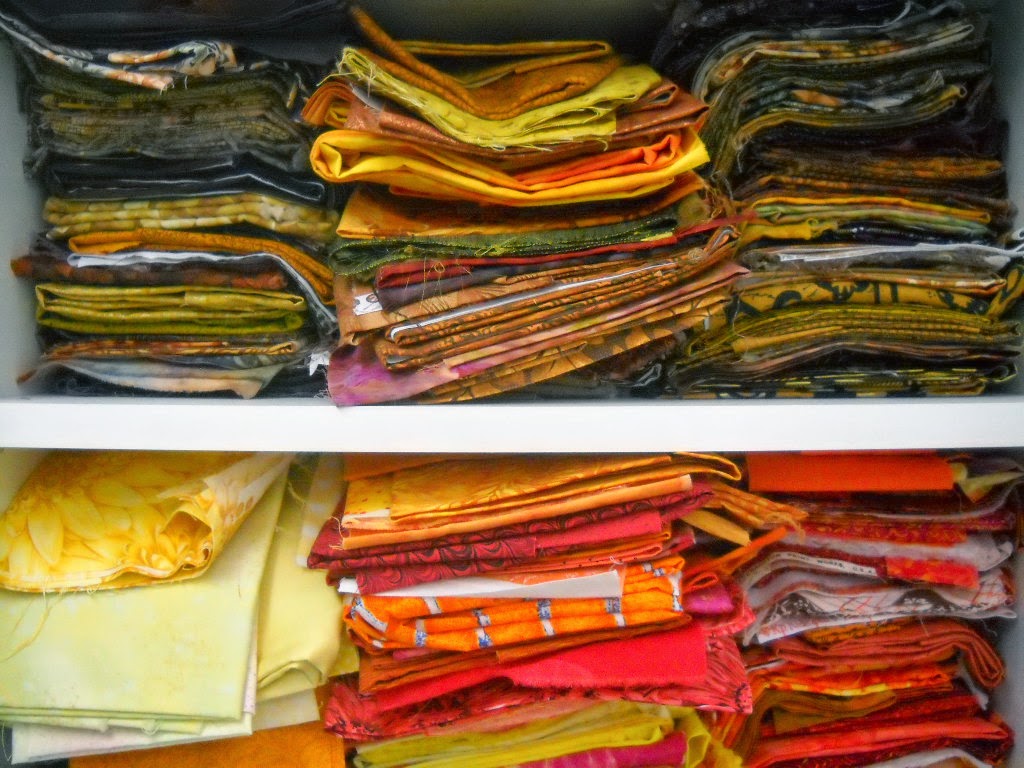 Texas Quilt Museum, La Grange, Texas
In the rolling hills of Central Texas, La Grange, founded 1837, features an old town square, shopping and restaurants. In a 10,000 sq. ft, 19th century restored building an array of quilting styles, sizes, textures and nationalities are housed and displayed from wall to wall and ceiling to floor. History and information is available in literature form or (if you are lucky) the curator will "show you around ". The variety and diversity would be impossible to describe and I can only say, "it's a must see". 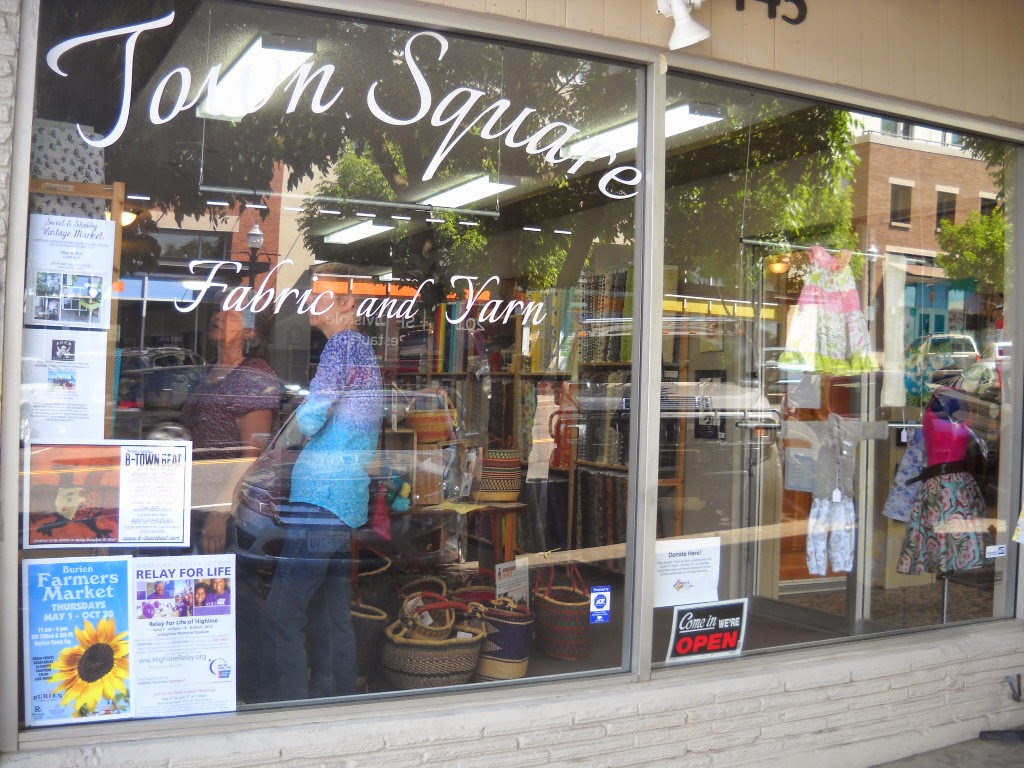 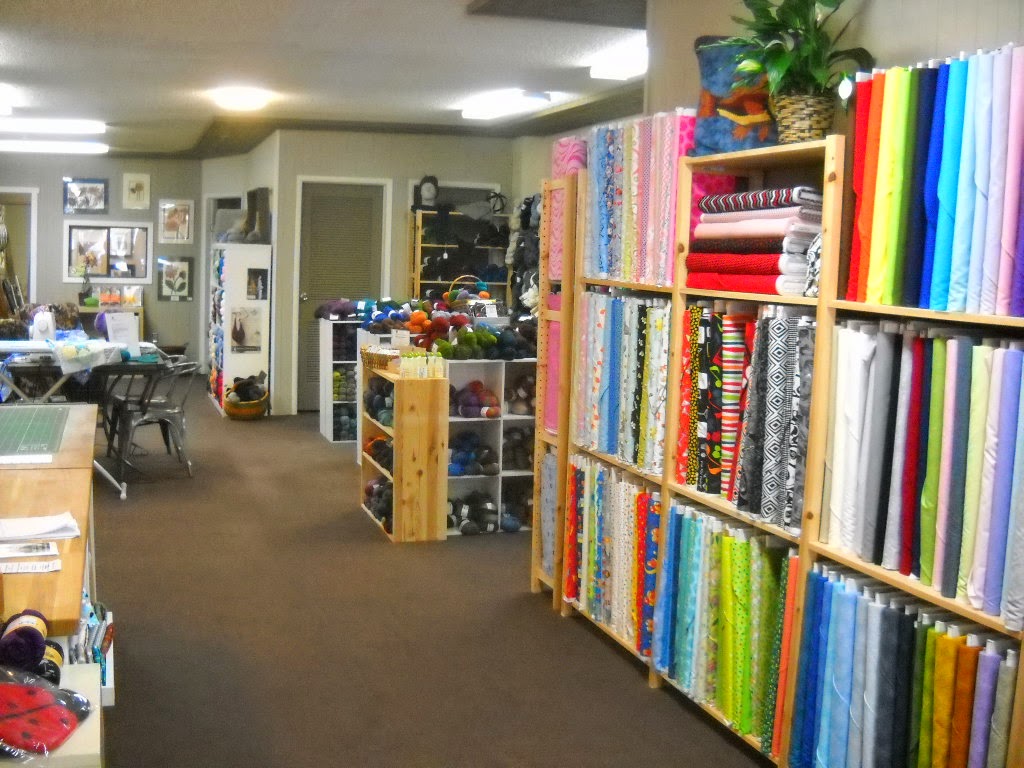 Town Square is a fabric & yarn shop, sewing studio and knitting lounge located in the heart of Burien's Town Square. The shop has only been open two months! Great fabric mostly in the modern style, and a nice selection of luscious yarn.  If you are making clothes for children this is the place for you. Easy, cute patterns, where were they when my grands were small? If you are one of those knitter and quilter people this is the store for you. 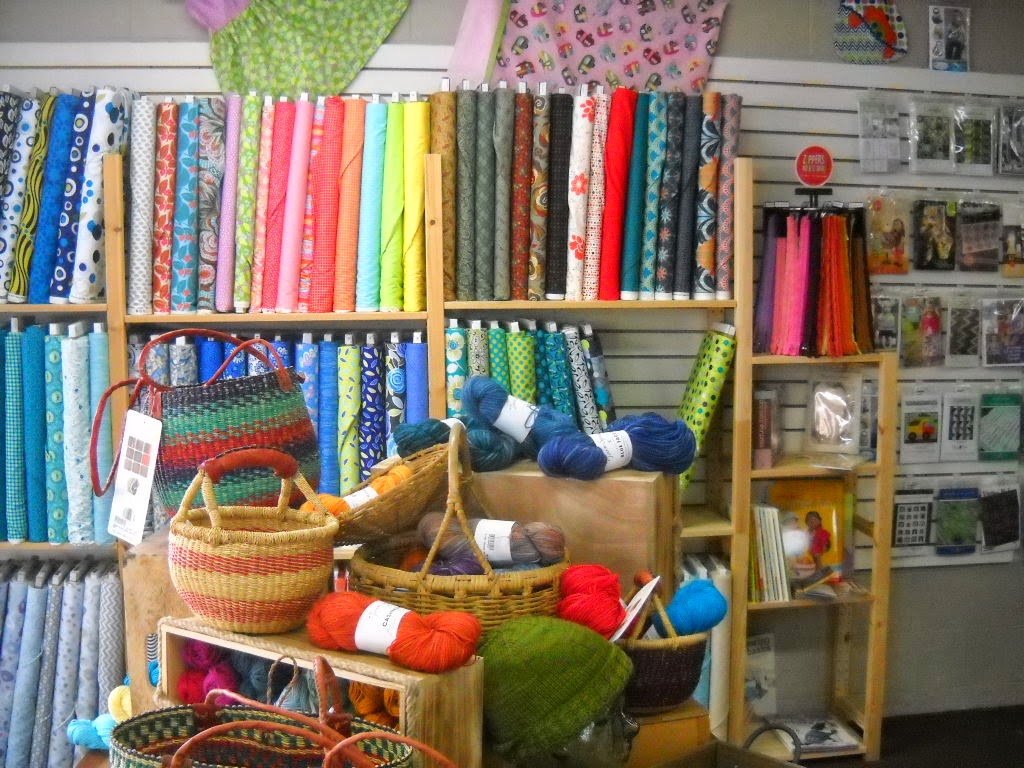 Gee's Bend Quilting Cooperative, Gee's Bend, Alabama.
In 2002, an exhibition of the art work opened at the Museum of Fine Arts, Houston, organized by the Tinwood Alliance and everything changed. The show went to the Whitney Museum in New York City and their art was hailed as "some of the most miraculous work of art America has produced."  Many of the quilt makers have become well known and have traveled extensively to talk about their community and their art. Many now have real incomes for the first time and their work, and its success, has helped to reunite and revive a dying community.


National Quilt Museum
National Quilt Museum, Paducah, KY, is a nationally recognized art museum that exhibits the finest quilting and fiber art in the world. In an average year they are visited by quilters and art lovers from all 50 states and over 40 countries worldwide. It is one of the most popular tourist attractions in Kentucky and one of the most respected and well known organizations among quilting enthusiasts.

The National Quilt Museum was established by Bill and Meredith Schroeder of Paducah and opened to the public on April 25, 1991. It is the world's foremost museum devoted to quilts and the only museum dedicated to today's quilts and quiltmakers. The main gallery is devoted to a rotating selection of the museum's permanent collection of over 300 quilts. Its two other galleries exhibit rotating fiber art exhibits throughout the year.

A Day Out with Friends, Means a Quilt Shop 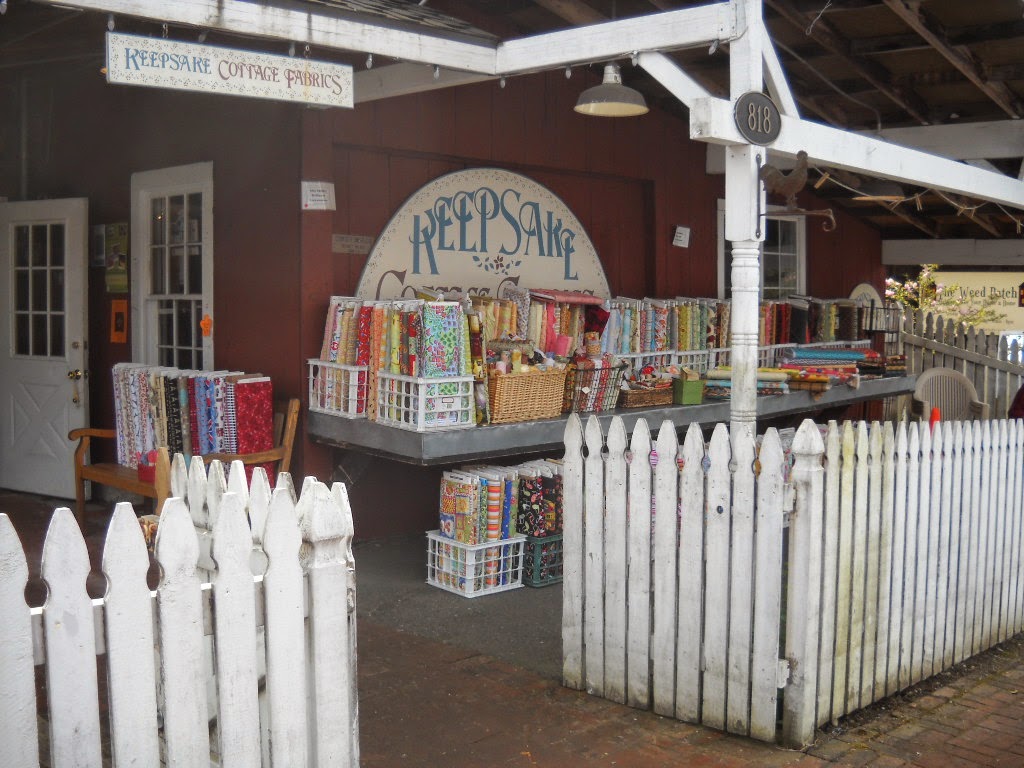 The trip to a quilt show usually means we stop at the local quilt shop. The Shop nearest the Stray Threads Show is Keepsake Cottage Fabrics. It isn't like I NEED anything, but I just love this shop. Always lots of samples of all varieties on the walls. So much too look at I could visit often!


Posted by Melody Crust at 6:30 AM No comments: 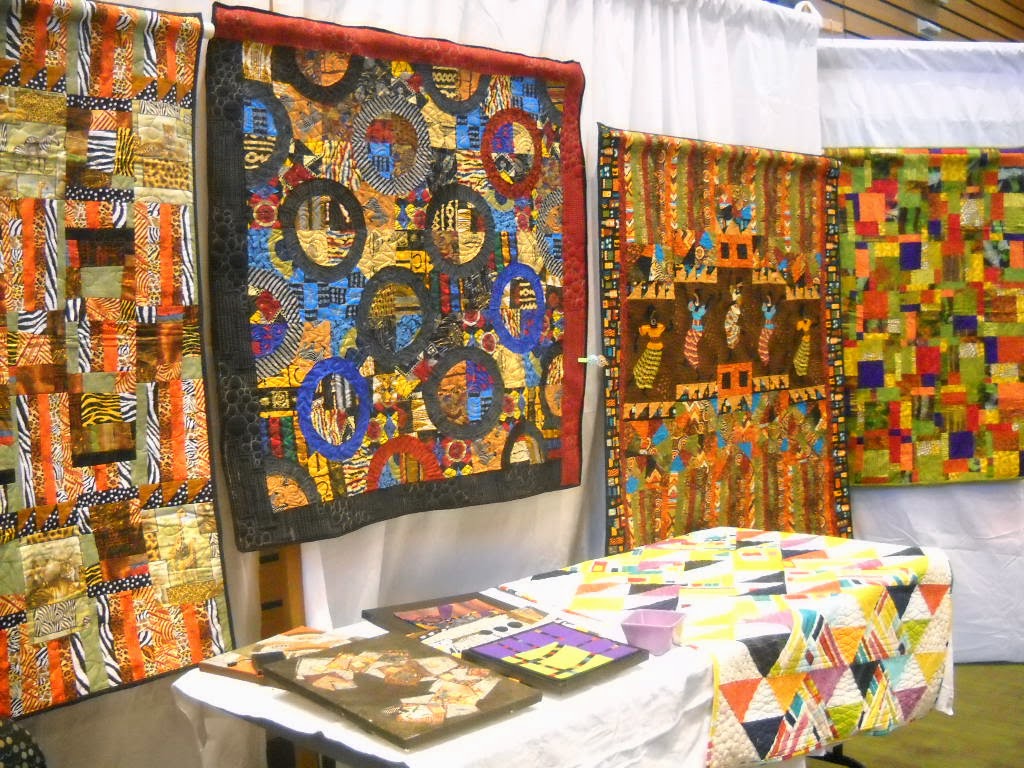 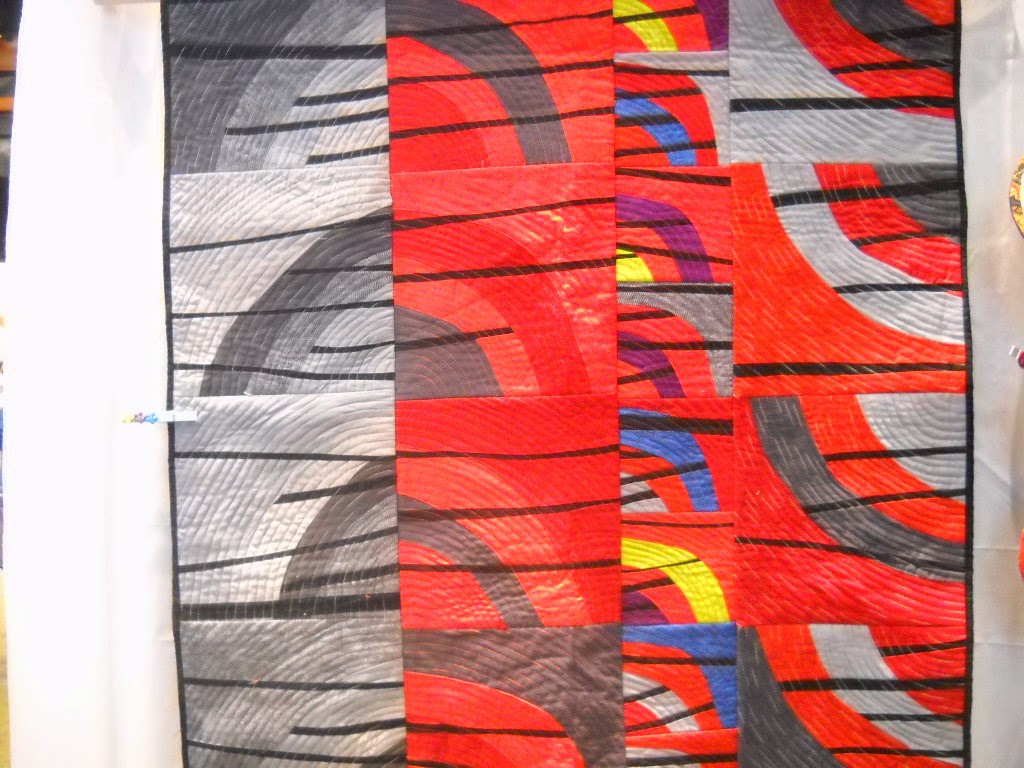 What a treat, Gwen was the featured artist at the Stray Threads Guild Quilt Show last month.  She has been working with textiles and mixed media for over ten years. Her background in the arts and interior design comes forward in her vibrant and energized pieces.  I know she lectures and teaches quilting in many venues, including working with children in public and private schools. And is the founder of the Pacific NW African American Quilters.
Posted by Melody Crust at 4:30 AM 1 comment:

The Sea Lions at Westport

Sea Lions are carnivorous which means that they love to consume meat. The main source of food for Sea Lions is fish, no wonder they like this fishing marina. We counted about 500 of them, all that barking was loud.

Nothing like a quick overnight trip to the beach to clear my head. Grays Harbor County is a bird watcher’s paradise! The region tends to attract birders from all over the country. Many come to search out sea birds on the open sea boat trip out of Westport, while others take in birding in Ocean Shores.
Hoquiam, with its rich diversity of habitat, has recorded 300 species of birds. Jetties may host Wandering Tattler, Surfbird, or Rock Sandpiper, while nearby beaches and marshes hold migrating Pacific Golden Plover. 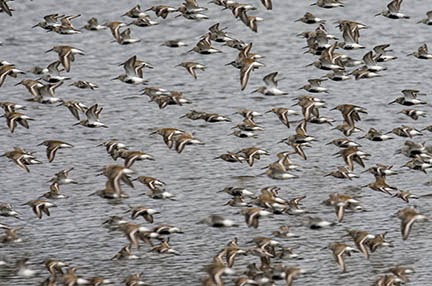 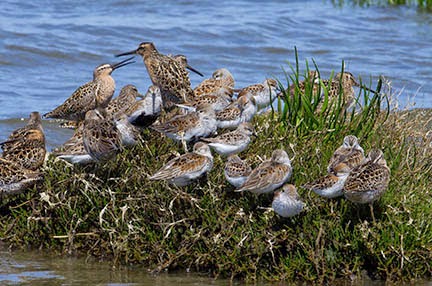 I am not anything like a real "birder", but I loved watching them.
Posted by Melody Crust at 2:00 AM No comments:

A visit with Katie Pedersen at Covington Quilt Guild. I am a believer in supporting my local quilt guild, all of them. So when I hear that there is going to be a speaker I'd like to hear, I'm there. This time it was Katie. She says " I teach quilting in Seattle. I love cutting fabric to bits and sewing it back together again." Her quilt are like a breath of fresh air. I enjoyed hearing about them.

Always Something to Learn from Old Quilts

I just love old quilts! Send me to a show of old quilts and I'll be there forever! There is always something new to learn.

My friend Ruthann brought this family quilt to share at the recent gathering of my small group. 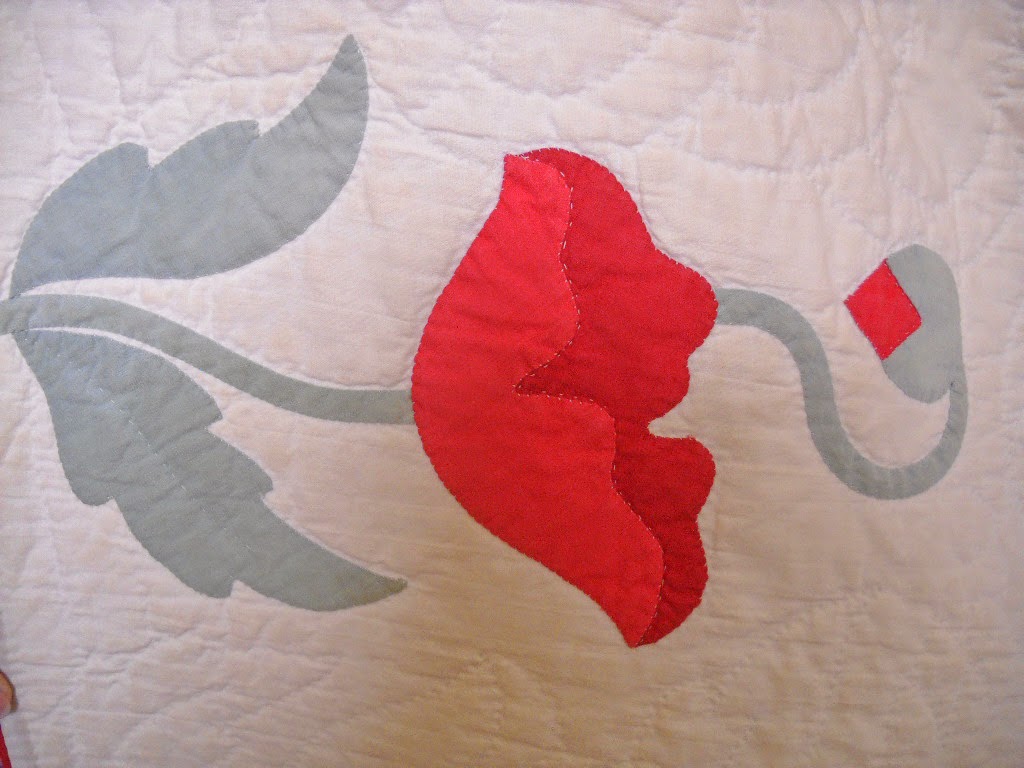 This is the picture of the spines as the focal point of the design. 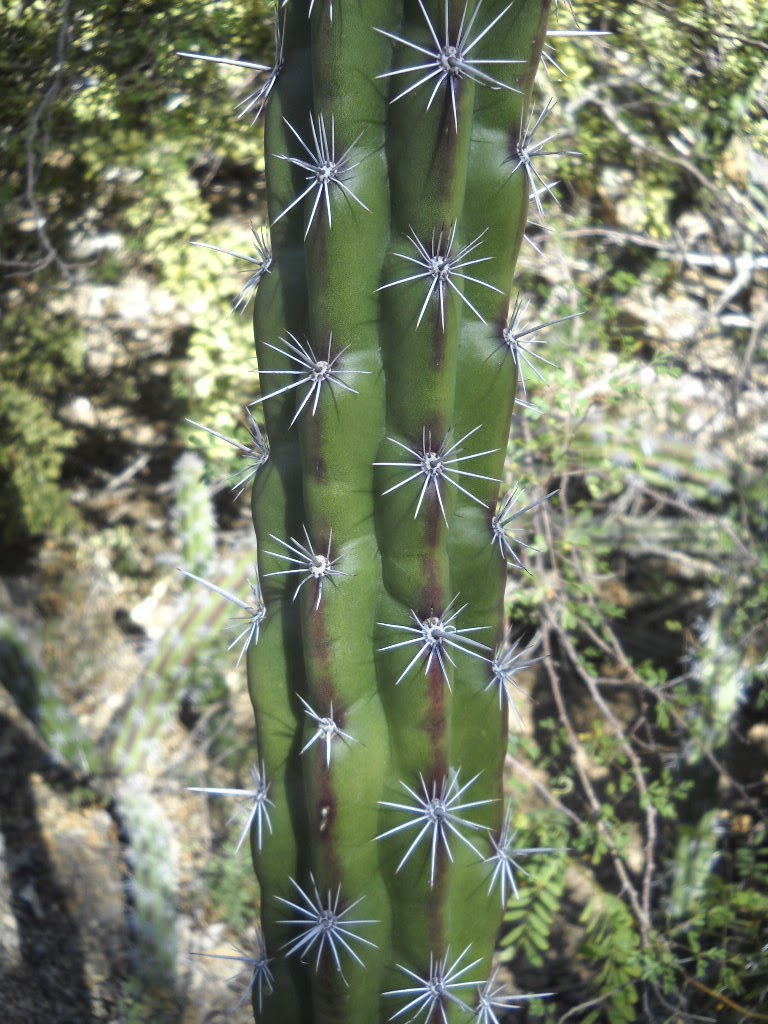