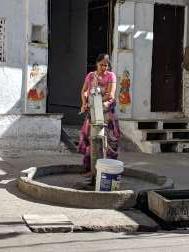 I think I already had a favorite, but my very favorite city was Udaipur. Dubbed "the most romantic spot on the continent of India" by British administrator James Tod, Udaipur is a tourist destination and is known for its history, culture, scenic locations and the Rajput-era palaces. It is popularly known as the "City of Lakes" because of its sophisticated lake system. Udaipur is also known for its historic forts and palaces, museums, galleries, natural locations and gardens, architectural temples, as well as traditional fairs, festivals and structures. 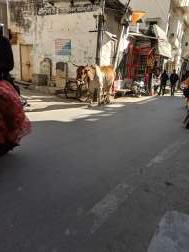 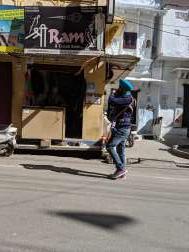 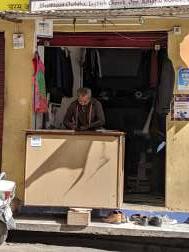 This year Thanksgiving is especially difficult for me. In order to spend the day with my family I have quarantined at home for two weeks. I hope your table is filled with family and gratitude this season. Happy Thanksgiving! 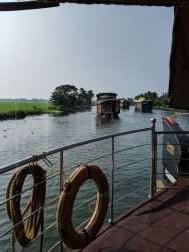 Everyone should take a vacation from their vacation. In India I recommend an overnight trip in Kerala.

The Kerala backwaters are a chain of lagoons and lakes lying parallel to the Arabian Sea coast in the Kerala state. The Kerala backwaters are home to many unique species of aquatic life including crabs, frogs and mudskippers, water birds and animals such as otters and turtles. Today, houseboat tourism is the most popular tourist activity in the backwaters, with several large Kettuvallams (traditional rice boats, now converted into floating hotels)ply the waterways. 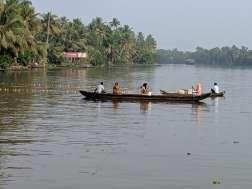 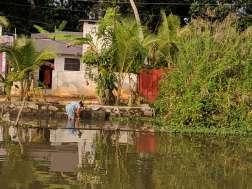 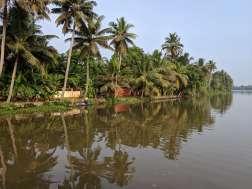 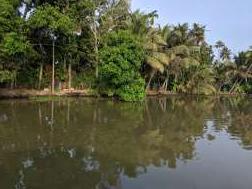 One of my Favorites Jaipur and the City Palace 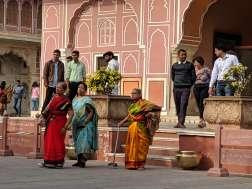 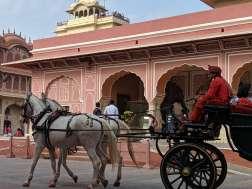 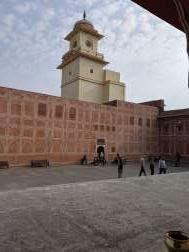 Jaipur’s City Palace is another attraction that’s decked in shades of pastel pink. Feel free to go trigger happy and document all the beautiful pink buildings inscribed with white details and patterns. There are lots of photo opportunities here, so take your time to stroll around the extremely spacious palace complex, which includes a number of stunning palaces and buildings.

One important building is the Chandra Mahal palace (recognisable as the yellow building with the Indian flag raised), which is a place of royal residence. However, the ground floor is open to the public, as it is currently used as a museum which showcases different artefacts that were used by the royal families themselves!

As much as I enjoy seeing the sights, I love the people even more! Friendly, kind and hospitable. 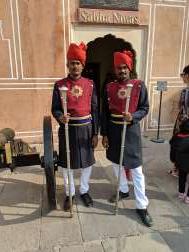 Looking at Inspirations from India 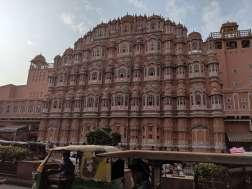 A stunning pick and red sandstone five-story structure stands in the heart of Jaipur. One of the city’s most popular tourist attractions, the Hawa Mahal has a unique purpose. Also known as the Palace of the Wind, it was a place where royal women could view street activities outside while hidden from view. To this end, the pyramid-shaped palace has 953 windows, each with an intricate design. Constructed in 1799, Hawa Mahal is considered an excellent example of Rajputana architecture.

It's been almost a Year!

I was fortunate to visit India earlier this year. 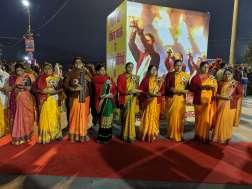 India, home to 1.3 billion people, 29 states and 22 regional languages, is arguably one of the most popular travel destinations on earth. The country is known for its hustle and bustle capital New Delhi, its vibrant culture and picturesque scenery.

A few things I found interesting:

If you love mangoes and I do, you’ve got India to thank – The country is the world’s biggest producer and consumer of mangoes, accounting for more than 40% of the world’s supply. In fact, Indians love mangoes so much they made it their national fruit.

India has the most post offices in the world  – With a massive population, comes the need to communicate. India boasts 155,015 post offices which are regularly used by locals. And no I didn't use one! I gave up sending postcards years ago. Email or texting from my phone is just too easy. 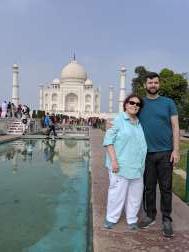 The Taj Mahal – No list about India is complete without mentioning the famous landmark. It was built in Agra between 1631 and 1648 by the Mughal Emperor Shah Jahan, in memory of his late wife Empress Mumtaz Mahal. The landmark now sees between 6-8 million visitors per year. All I can say is Fabulous! It is high on my list, right behind the Grand Canyon, the Great Wall and China's Forbidden City! 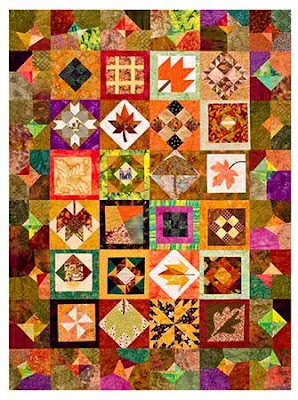 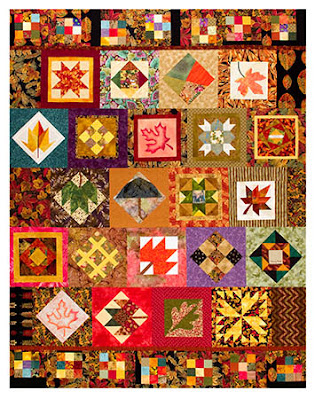 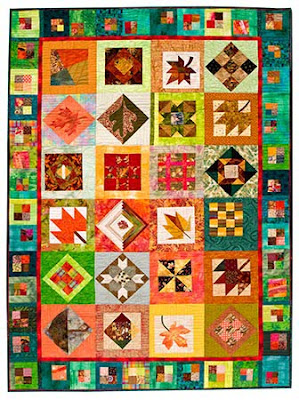 For years fall was retreat time. One year we decided to make exchange blocks. Leaves of course. Here are a couple of them. (Above: My block is painted. 4th row 3 block. Below 3rd row 3 block.) 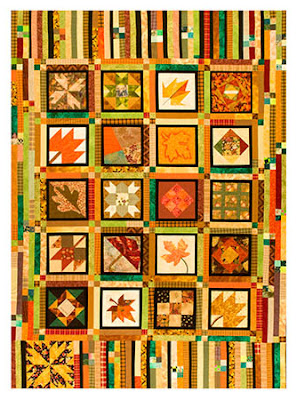 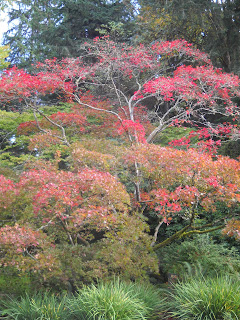 Fall, usually starts about September 23. I remember because it was my mother's birthday. Sitting by my window, I love looking at the leaves falling. Sunday I wondered why a couple were raking leaves. A few minutes later I understood. They were raking them for their kids! And just in time because today I watched the park people scooping up the leaves.

As much as I love the colors, smell and crispness, I don't like fall because winter follows. My least favorite time of the year. 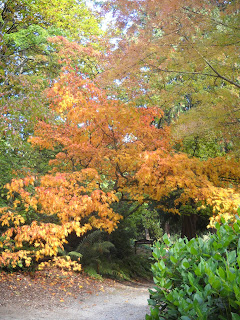 Posted by Melody Crust at 6:11 PM No comments:

I see some different things living in the city. Starting to connect to other artists is a new experience.

This is the kind of stuff that shows up in my email these days! 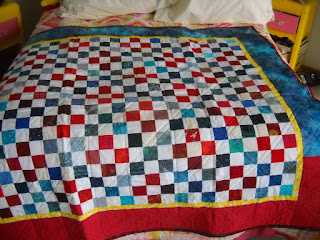 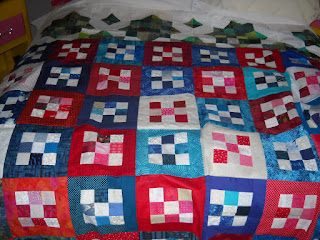 Here is a chart which makes comparing the differences between batts.

I want to highlight one more thing about a batt; the distance between the lines. Sometimes the manufacturer’s recommendation isn’t necessarily what you want.

I often judge quilts at Washington’s State Fair. Signing my name to the score cards often brings questions. One of my favorites: the quilter wanted to know why I said her quilt would benefit with more quilting. Evidently I thought there was some unnecessary pouching. The quilter didn’t understand, she used Warm and Natural (per the manufacturer the quilting lines can be 8 -12 “). All I could say was “how would I know?” She kept insisting that she quilted it enough. I don’t think I ever got through to her “How would I know what batt she chose?”

Experience with batting is the best and possibly only real teacher. Read all you can about the various products, talk with other quilt makers, and make your best selection based on this information.