A Visit with old friends of Comforters Quilt Guild 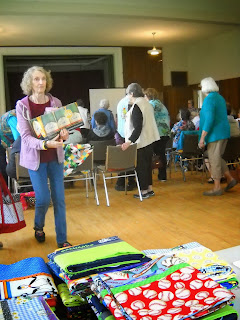 Comforters is a community group that gets together to support each other and the community. They help each other with hand and machine quilting or other hand work.It was great visiting with so many friends!

I shared some thoughts about borders! 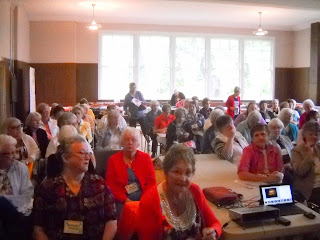 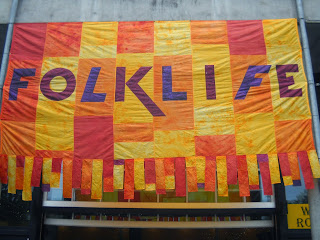 I'm home from Tulsa just in time to catch the last day of the Northwest Folklife Festival. It is an independent year-round nonprofit organization dedicated to creating opportunities for all people to appreciate, share, and participate in the evolving folk and ethnic traditions of the Pacific Northwest. Every year since 1972 they have presented the Northwest Folklife Festival in Seattle Center on Memorial Day Weekend.

The Pacific Northwest is home to an extraordinary group of communities—ethnic, familial, occupational, religious, and regional—the organization believes it is important to celebrate and help sustain the traditions of all of those groups. Doing so revitalizes people and communities and helps preserve cultural heritage for years to come.

The Northwest Folklife Festival is just one way Folklife brings this celebration of diversity and tradition to the heart of Seattle.

Many people visit cemeteries and memorials, particularly to honor those who have died in military service. Many volunteers place an American flag on each grave in national cemeteries.The people in Tulsa decorate beautifully! For all that serve, thank you.
Posted by Melody Crust at 6:14 AM No comments:

GCQG, founded in 1979 by nineteen women who wanted to share their common interest - quilting. The group is now 250 members strong. Check them out! Very active guild with something for everyone!


Tulsa was first settled between 1828 and 1836 by the Lochapoka Band of Creek Native American tribe. For most of the 20th century, the city held the nickname "Oil Capital of the World" and played a major role as one of the most important hubs for the American oil industry.

It is situated on the Arkansas River at the foothills of the Ozark Mountains in northeast Oklahoma, a region of the state known as "Green Country". Considered the cultural and arts center of Oklahoma, Tulsa houses two world-renowned art museums, full-time professional opera and ballet companies, and one of the nation's largest concentrations of art deco architecture. 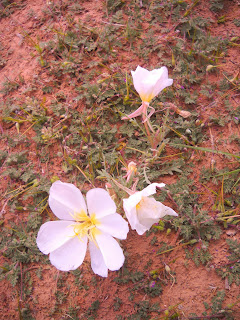 Utah’s desert areas generally occur in valleys and plateaus at elevations between 2500 and 5000 feet. This relatively high elevation, in combination with a continental climate and a northern latitude, make for temperatures are hot, but less extreme than adjacent deserts to the south. They produce 92 types of flowers. We enjoyed just a few. 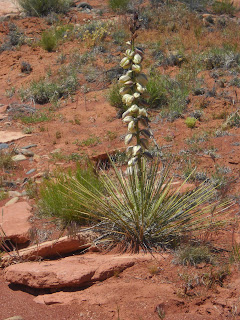 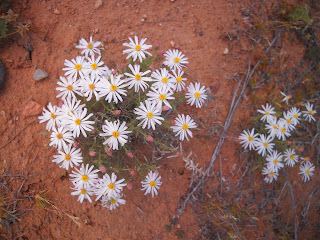 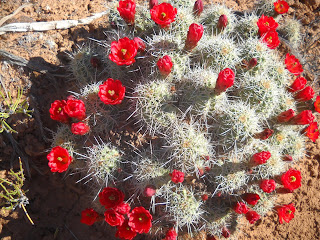 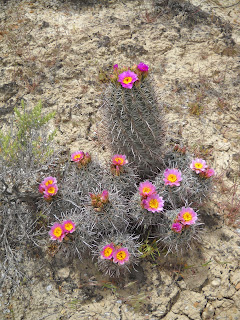 We are on our way home, traveling a much as practical on blue line (not on the Interstate) roads. Traveling this way means we pass through small places.

Today's surprise was Nephi, Utah. How one small town, population of about 5000, can have two, great mansions? I don't know. But I enjoyed both of them. 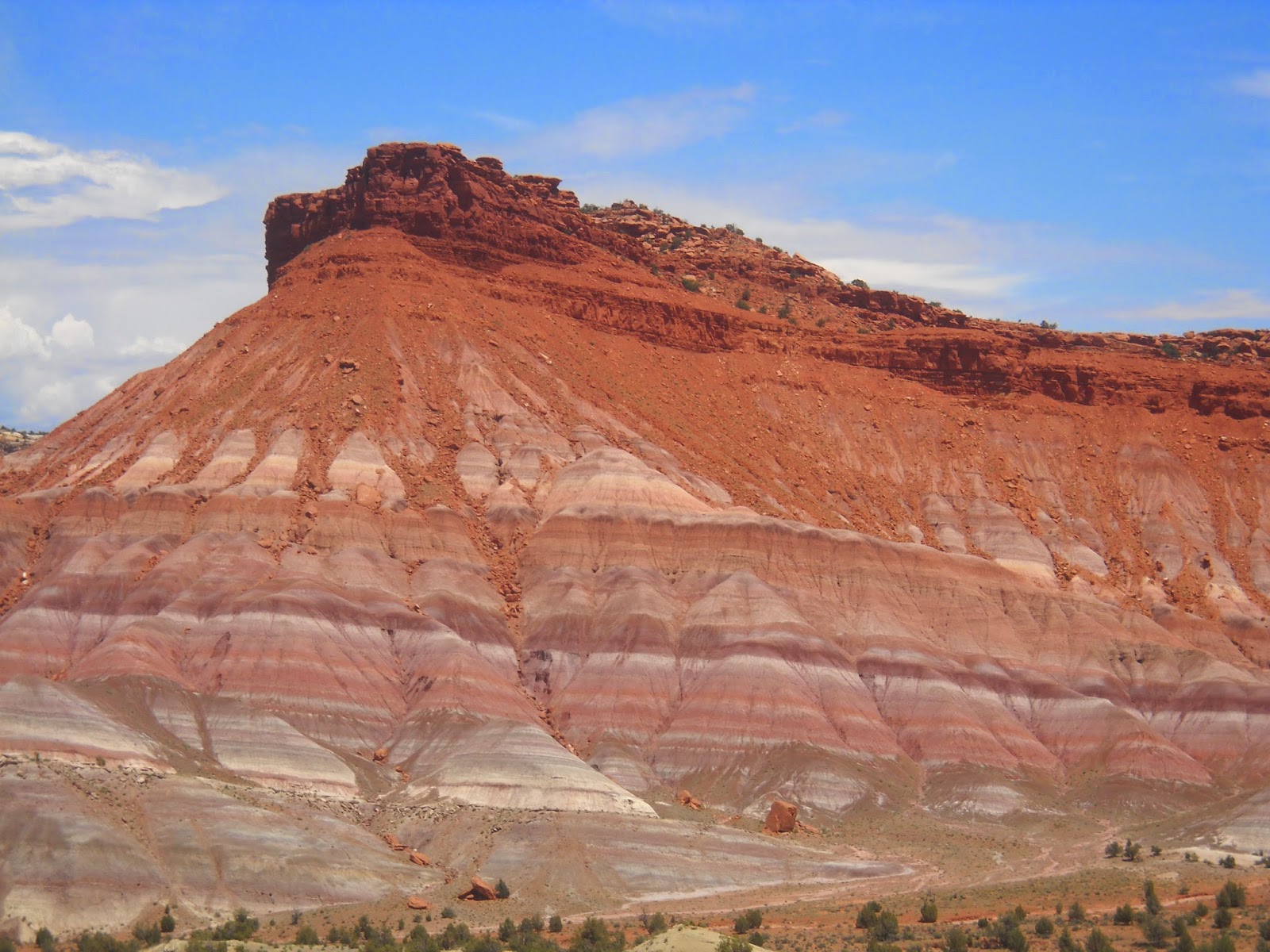 Paria, is a ghost town on the Paria River in Grand Staircase-Escalate National Monument in central Kane County, Utah, United States. It was inhabited from 1870 to 1929, while there is nothing left but a cemetery the drive was spectacular! 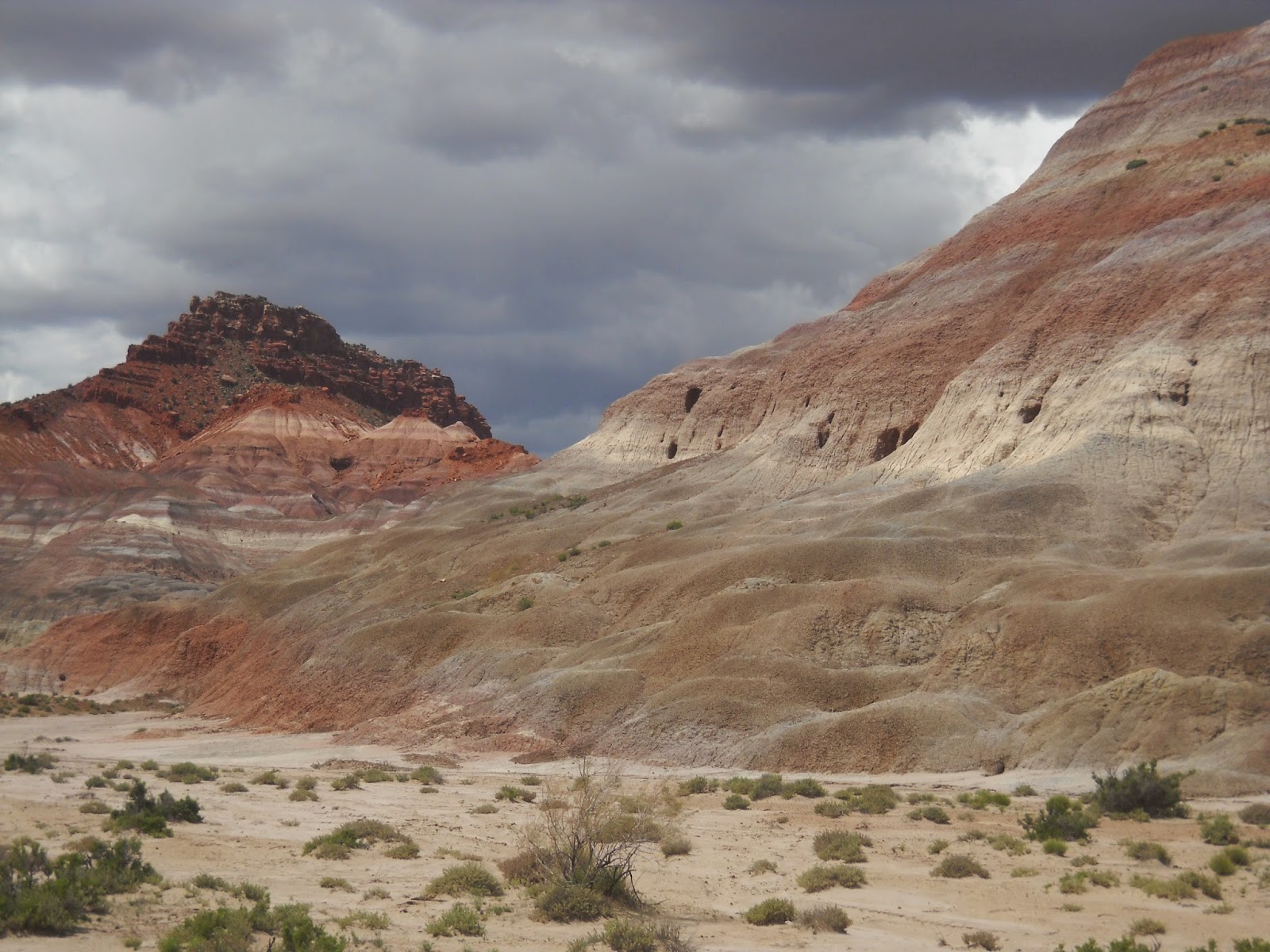 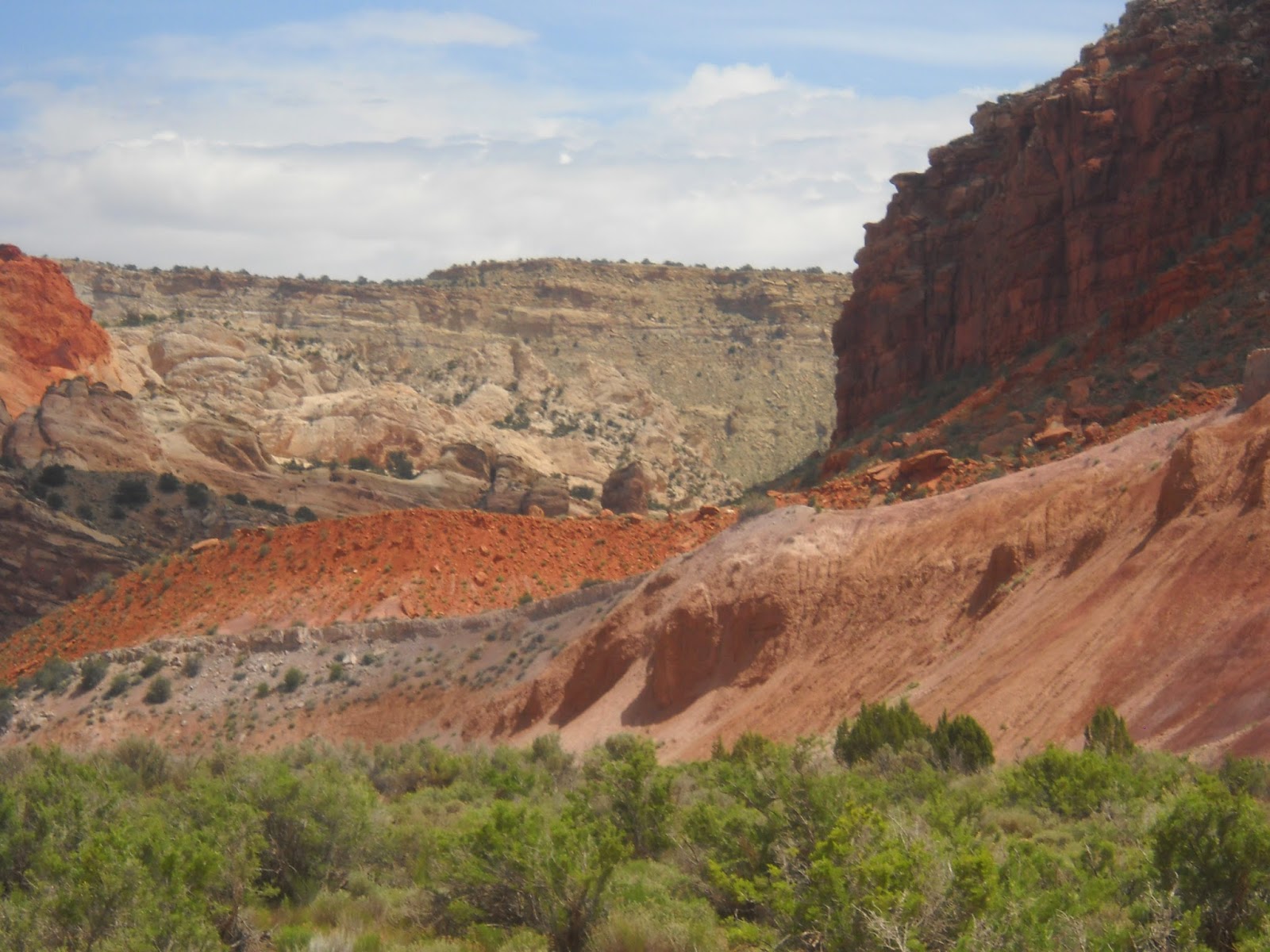 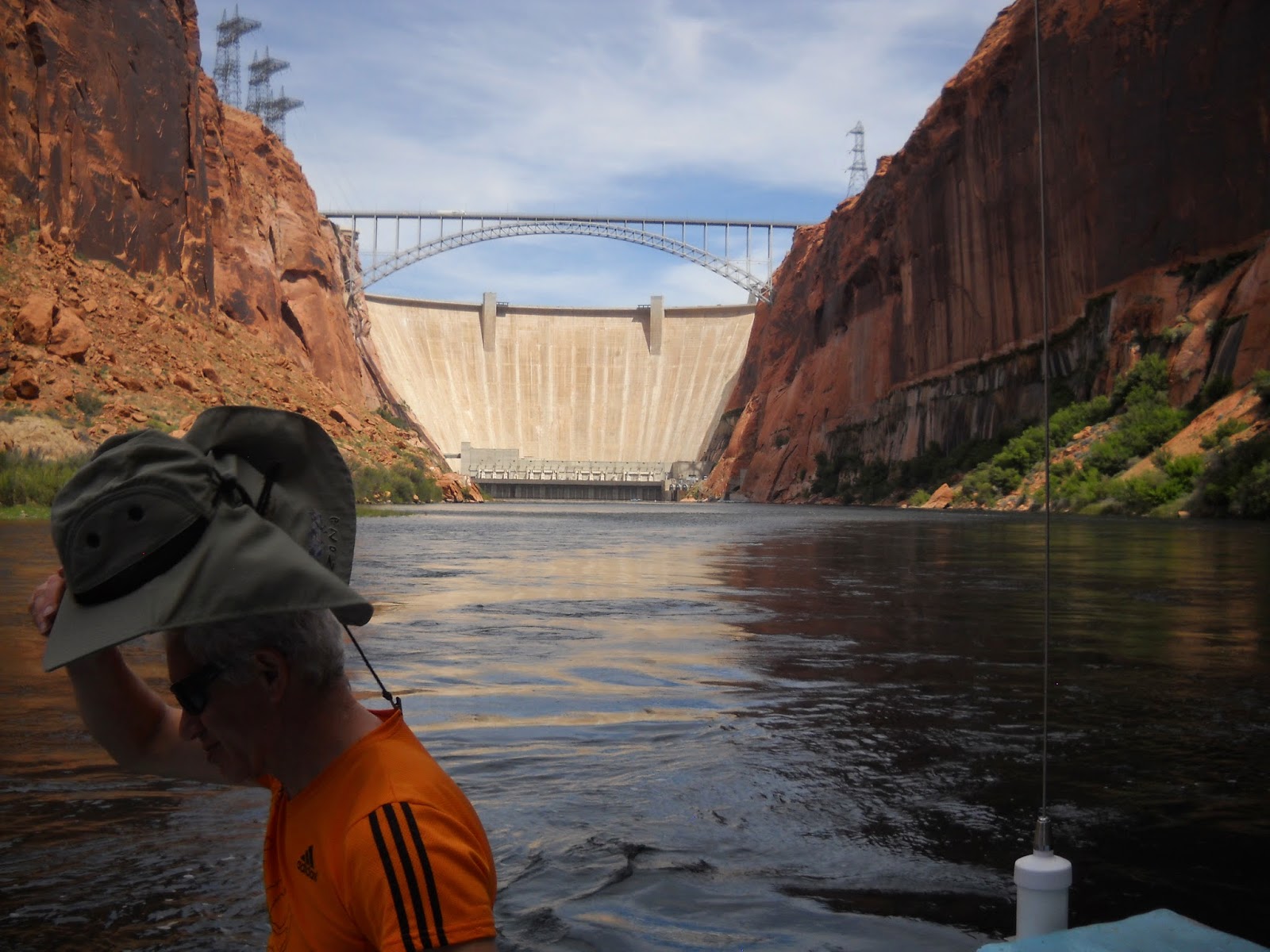 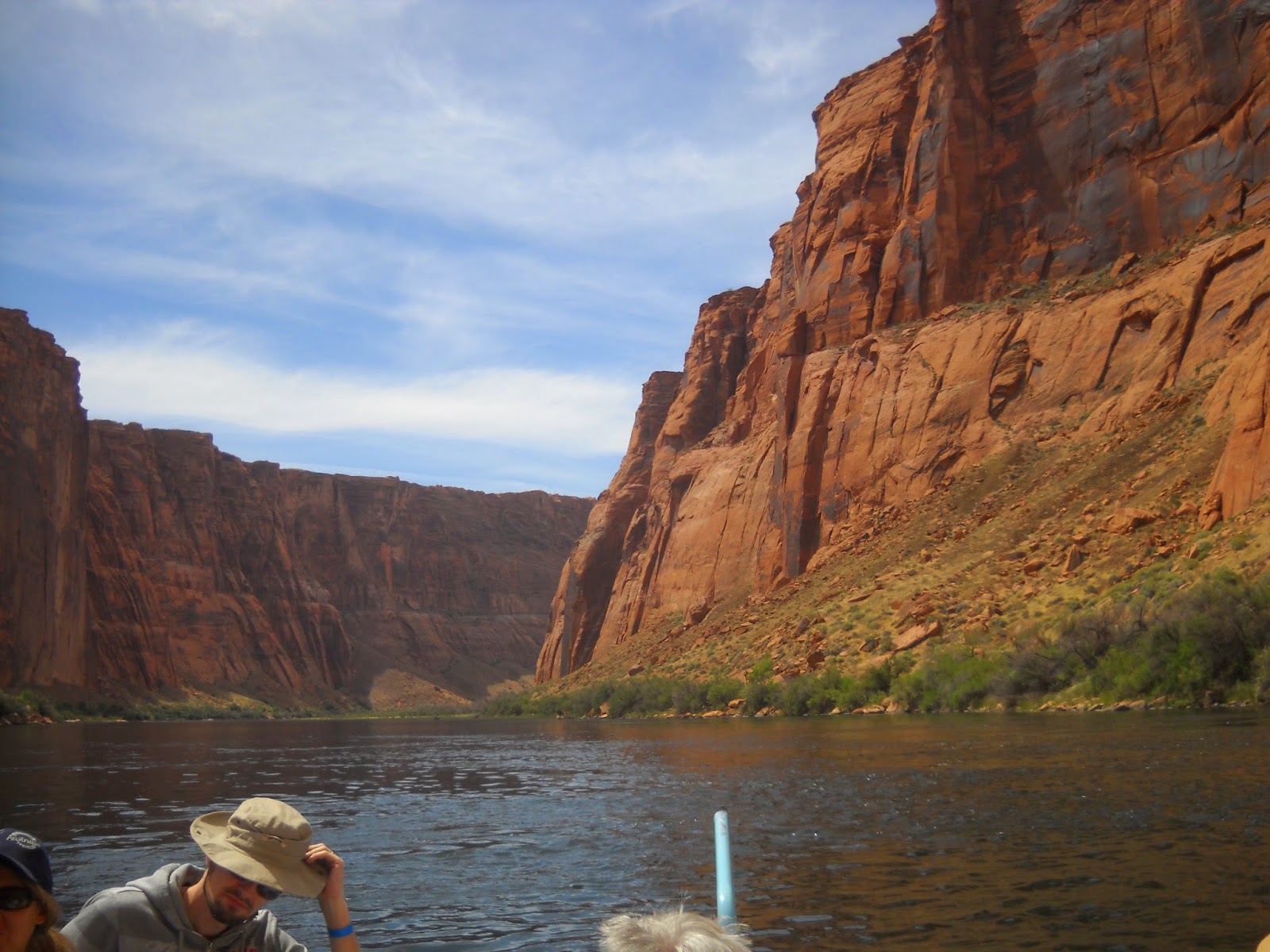 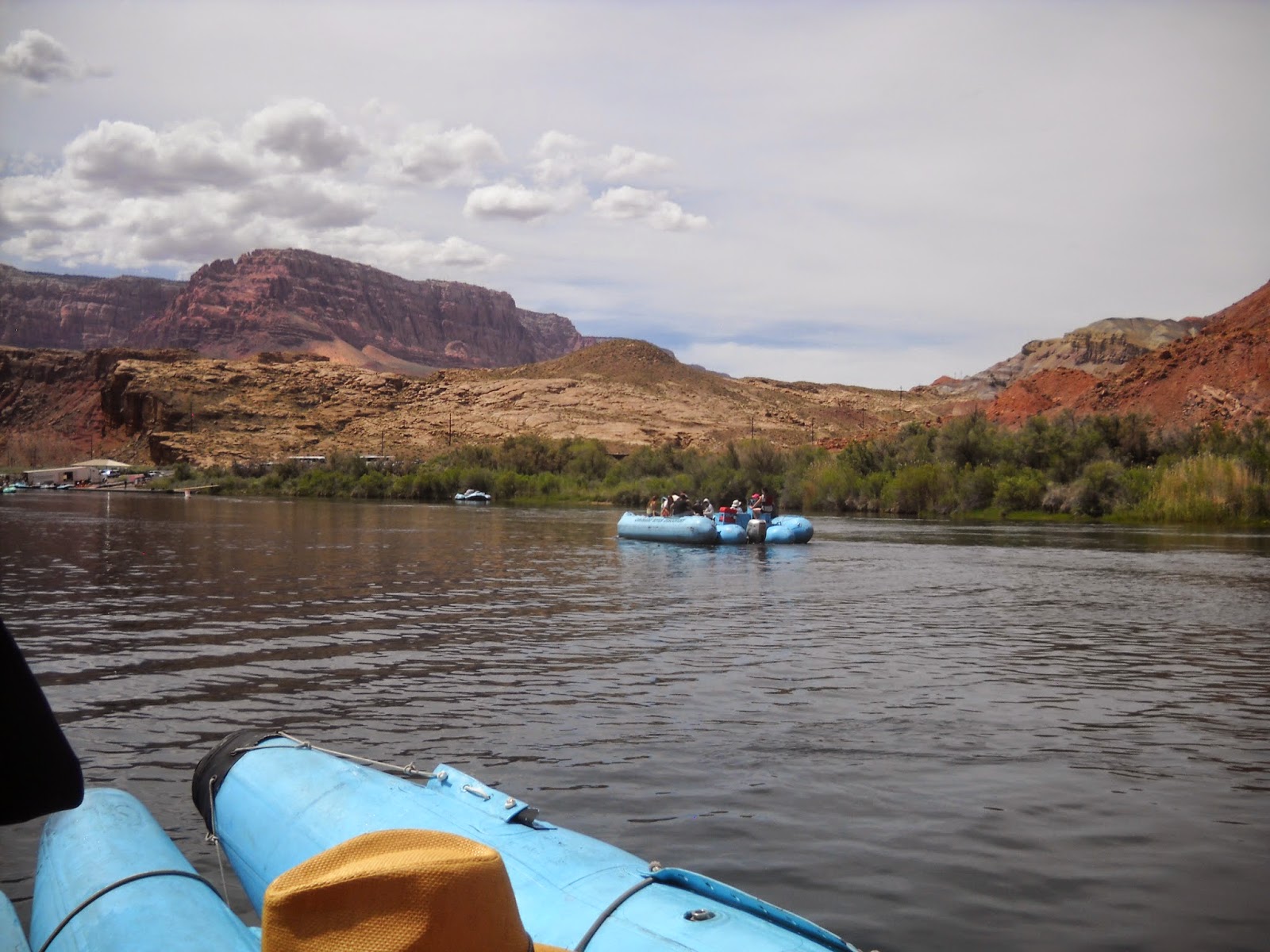 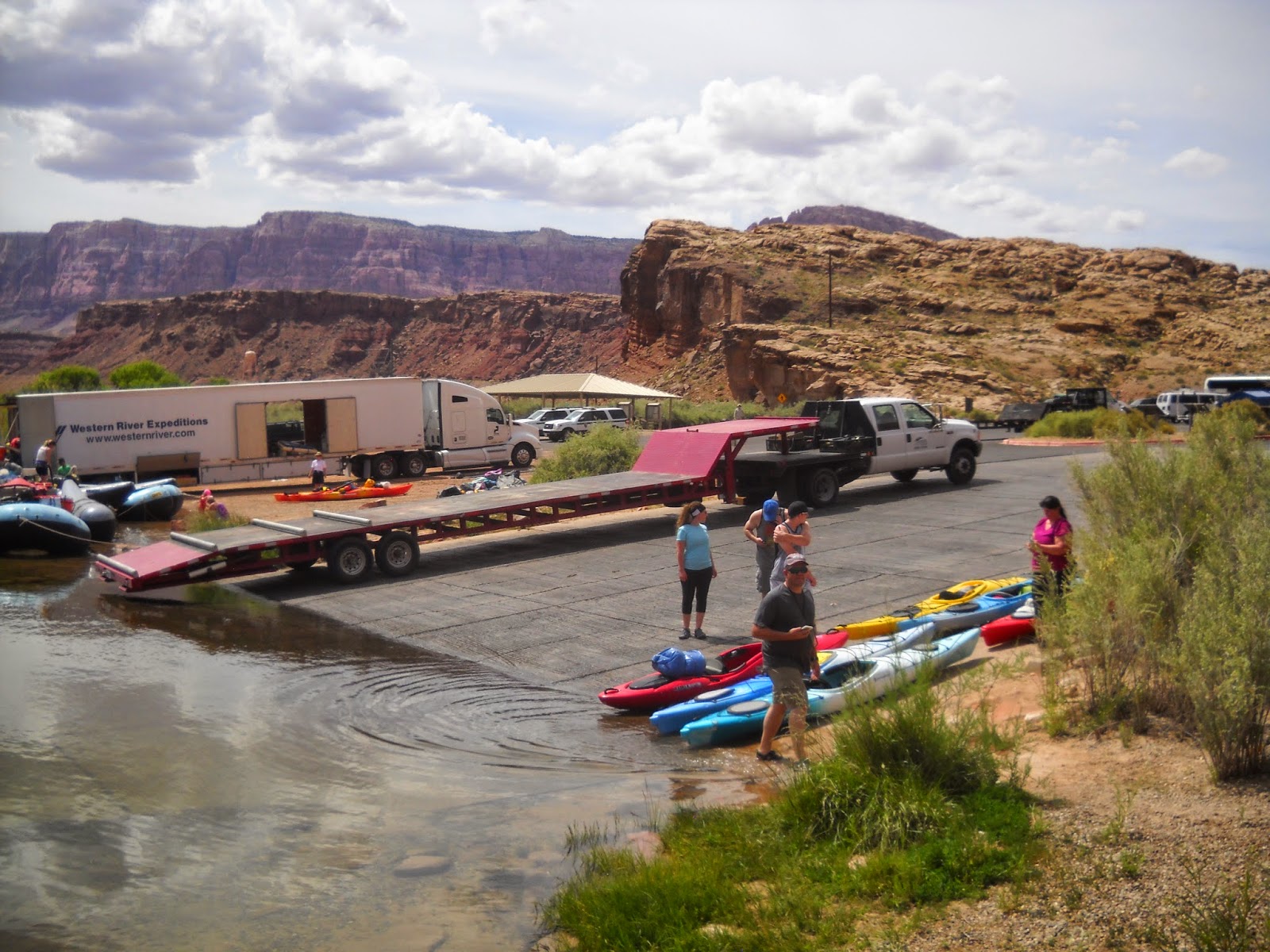 Lee's Ferry is the end of the line. It received its present name after John D. Lee was asked by Mormon church officials to establish and operate a ferry that could be used by church emigrants traveling south on colonizing missions. Now, with bridges over the Colorado there was no need for a ferry service. The bus that took us down the tunnel in the dam was there at Lee’s Ferry to drive us back into Page.
Posted by Melody Crust at 4:27 PM No comments: 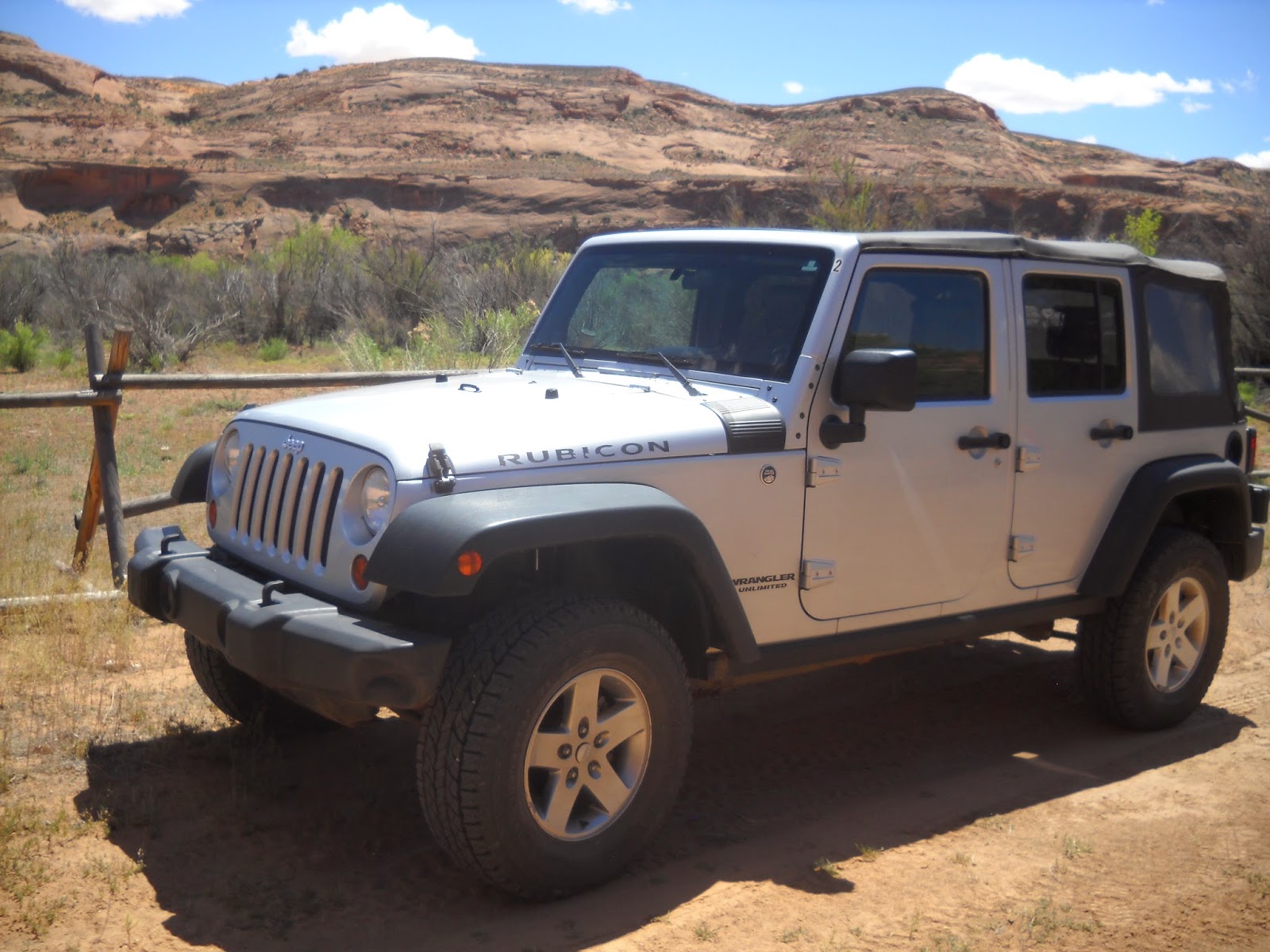 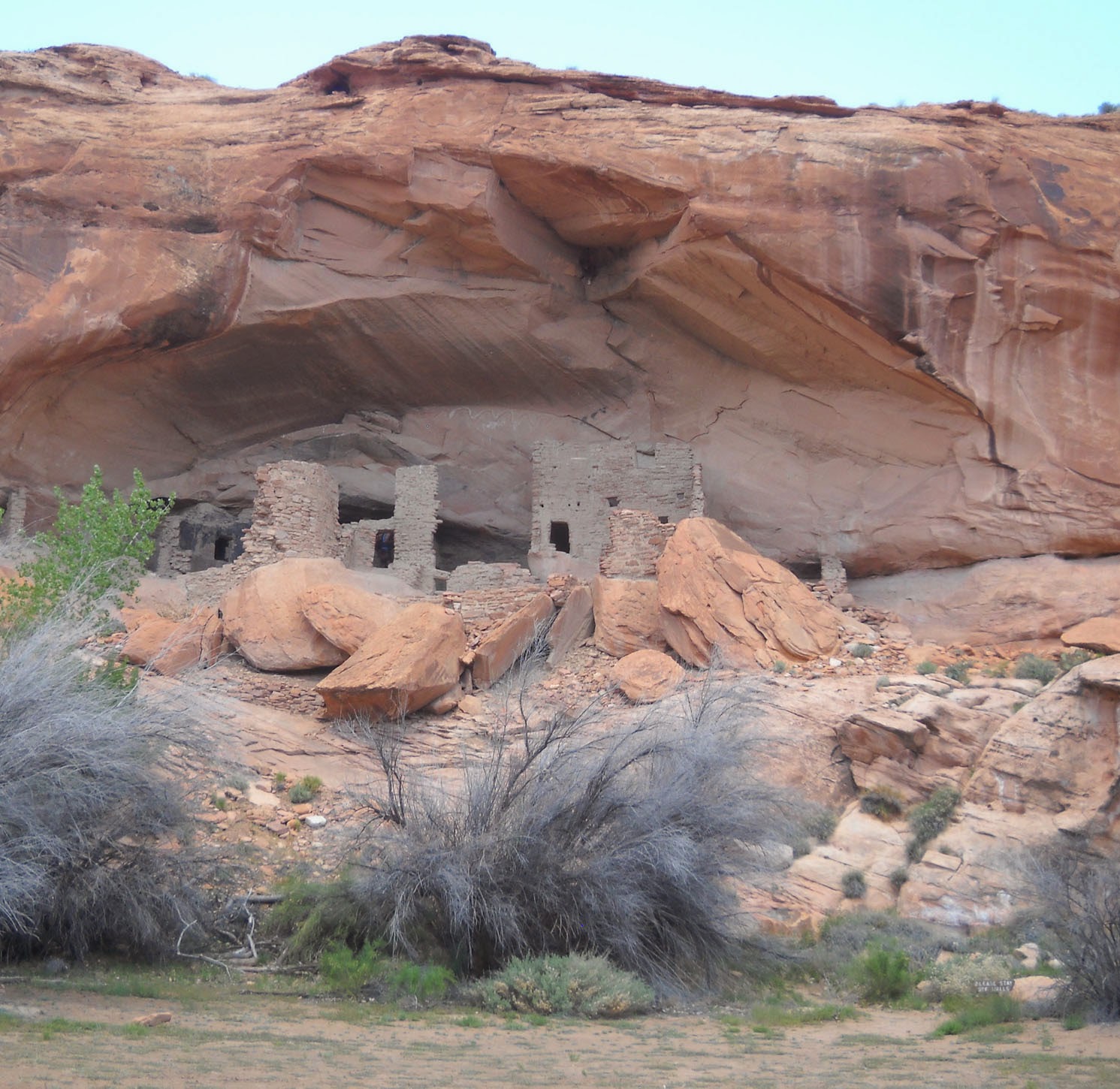 We hired a guide, Robbie, to take us to ruins. River House is a stabilized ruin along the San Juan River. It was occupied by Ancestral Puebloans between AD900 and the late 1200s. At the ruin you can walk among stabilized ruin walls, admire rock art, painted and etched on the overhang walls and ceiling, and examine fragments of pottery and stone tools.

River House was a multi-room dwelling with rectangular rooms used for both living space and for storage. Circular rooms, or kivas, were used primarily for religious purposes. Rock art motifs at the site include human hands, and a large snake figure. Human figures, spirals, and mountain sheep are also depicted. Many figures are abstract or their meaning is open to interpretation. People who lived here were farmers, growing primarily corn, beans, and squash.
Posted by Melody Crust at 3:00 AM No comments: 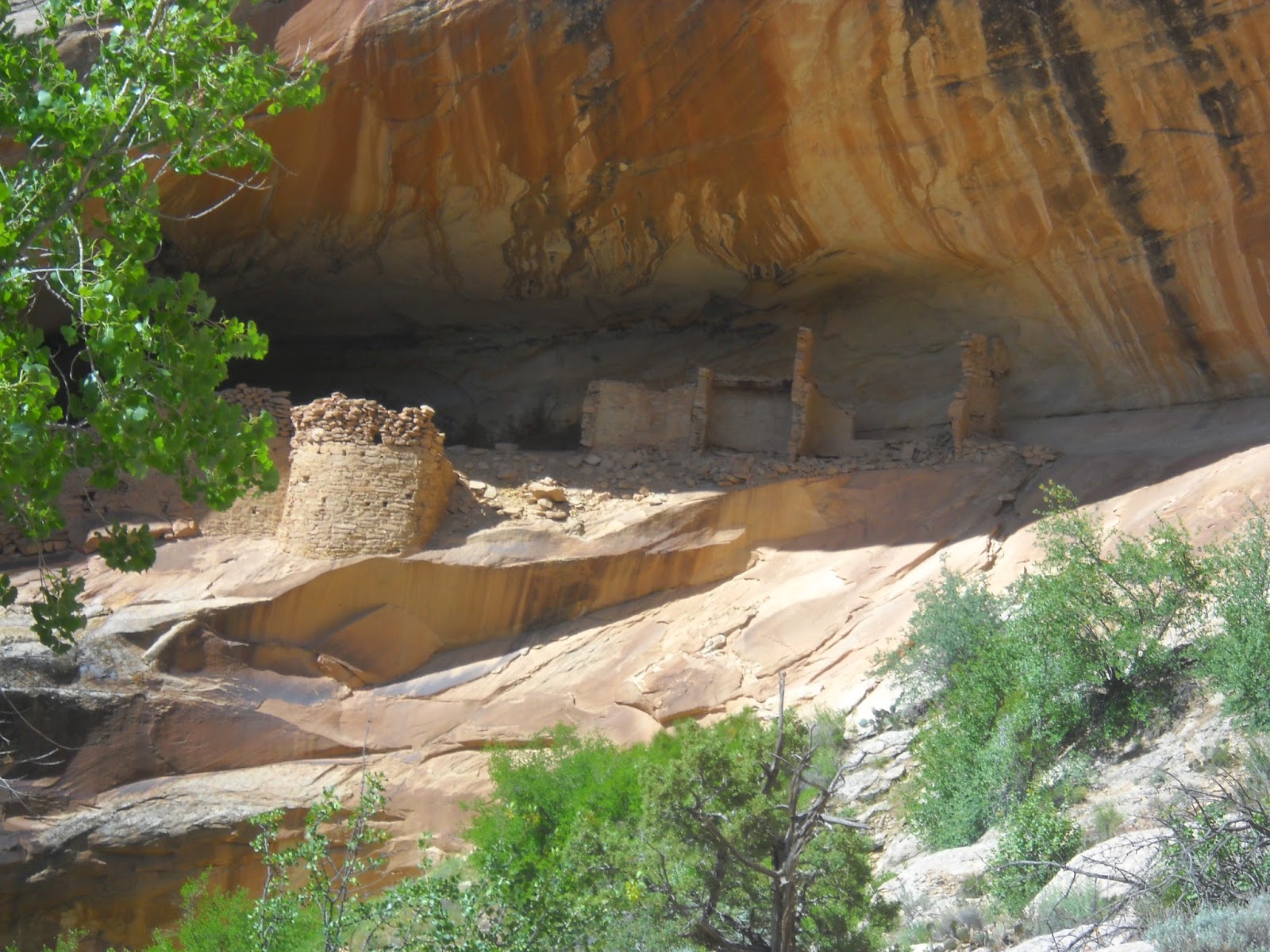 
In case you haven't noticed, I love the scenery of southern Utah. We are here for a few days of recreation after spending time in SLC visiting the grands (kids). 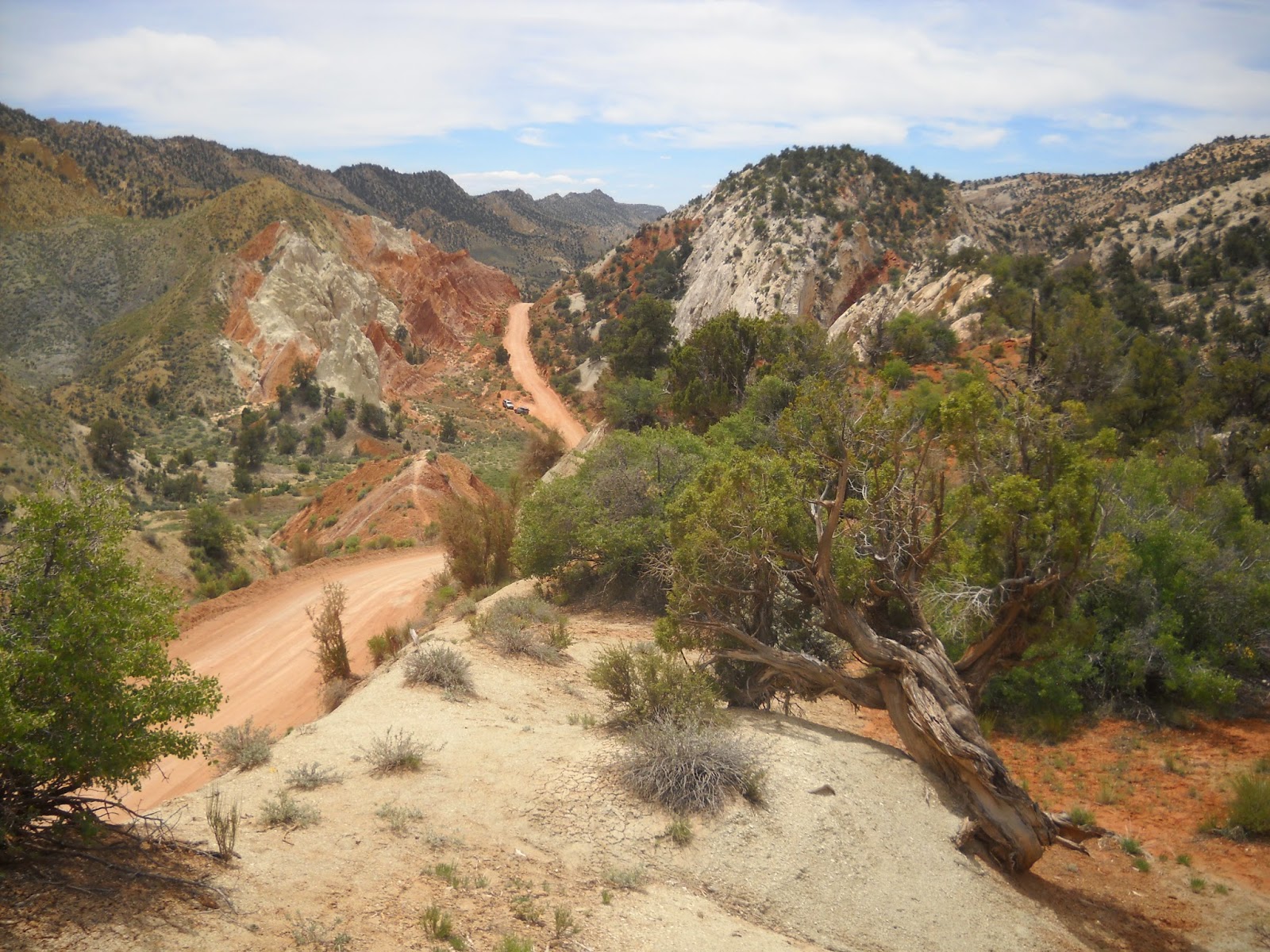 Cottonwood Canyon in the U.S. state of Utah is a water-carved canyon that has eroded along weak locations in the Earth's crust at the joins between major geological regions. To the east are the lower steps of the Grand Staircase, which is not visible from the road and to the north is the Kaiparowits Plateau.
A drive through Cottonwood Canyon reveals a shifting landscape of open wilderness, rock formations, and rugged canyon. The unpaved Cottonwood Canyon Road, which winds through the canyon along Cottonwood Wash for most of the way, cuts a path through this remote region of the Grand Staircase Escalante National Monument.
Posted by Melody Crust at 3:00 AM No comments:


Posted by Melody Crust at 2:30 AM No comments:

Salt Lake City, often shortened to Salt Lake or SLC has an estimated population of 191,180. The city was founded in 1847 by Mormon followers, who extensively irrigated and cultivated the arid valley. Due to its proximity to the Great Salt Lake, the city was originally named "Great Salt Lake City"—the word "great" was dropped from the official name in 1868.

We took the opportunity to do an assortment of different things:
The award-winning Utah Museum of Contemporary Art exhibits groundbreaking artwork by local, national, and international artists. Four gallery spaces provide an opportunity for the community to explore the contemporary cultural landscape through UMOCA’s exhibitions, films, events, classes, and presentations. 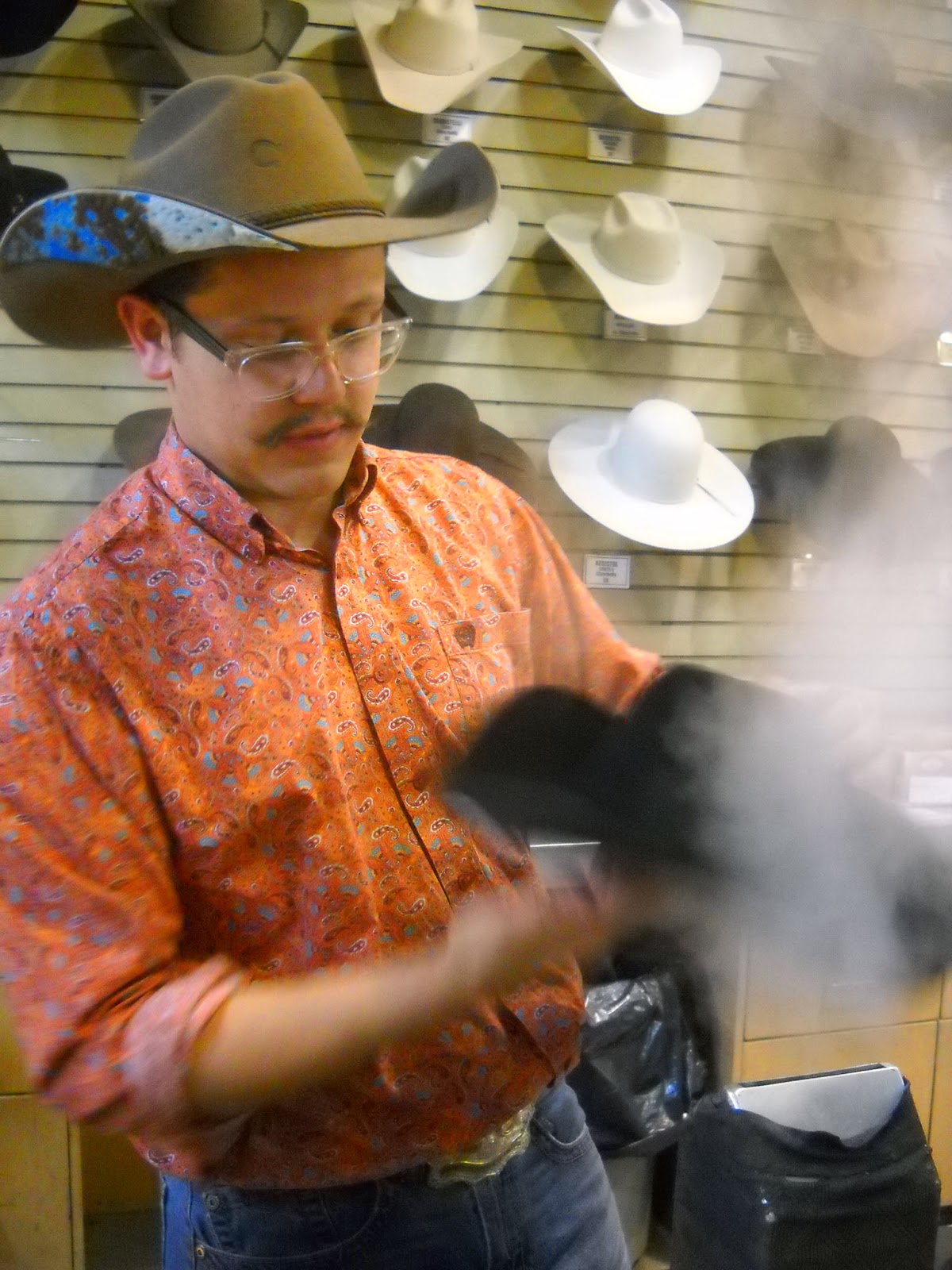 To round out our day, we visited a boot store. Watched George block cowboy hats. Blocking is the hand process by which a hat is given its shape. The Stetson hat, recognized as the American cowboy hat, is a high crown, wide brimmed, fur felt hat. Some consider the design to be a modified sombrero. Today a Stetson type of hat can be made out of straw, leather or felt. But the original Stetson hat was, and still is, made from a highly complex felting process using the fur of domestic rabbits, mink, chinchilla, wild hare and beaver.
Posted by Melody Crust at 3:00 AM No comments: