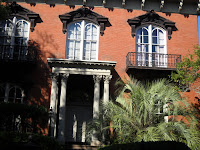 Savannah's architecture and history are internationally known, as is its reputation for Southern charm and hospitality; for example, the city's former promotional name was "Hostess City of the South," a phrase still used by the city government. Each year, Savannah attracts millions of visitors from across the country and around the world. Savannah's downtown area is one of the largest National Historic Landmark Districts in the United States. 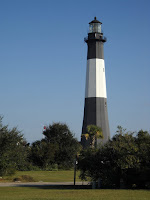 offers visitors access to the coastal islands and the Savannah Riverfront, both popular tourist destinations. Tybee Island, formerly known as "Savannah Beach", is the site of the Tybee Island Light Station, the first lighthouse on the southern Atlantic coast.

Loved the details. It was believed that dolphins were good luck and prevented evil spirits from flying up the downspouts. 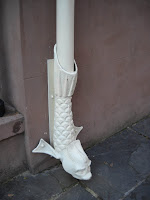