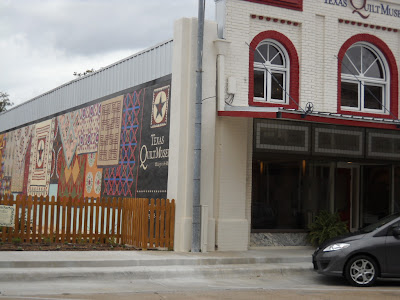 The Texas Quilt Museum has been an idea and a goal for decades. As its
founders brought thousands of great quilts to International Quilt Festival in Houston each year since 1974, they realized many people were unable to see them because they were on view a relatively short time. They wanted a place where even more people could discover and appreciate quilts as art in a setting that showcased them for longer periods.

In La Grange, a small town in the rolling hills of Central Texas, they discovered a wonderful 19th century building that had lost its luster over time. Over two years, with the help of skilled artisans guided by an architect well-known for repurposing historically significant buildings, that luster has been restored. During the process, an allied building was acquired, increasing exhibition space to more than 10,000 square feet in three galleries.