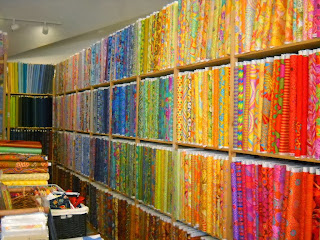 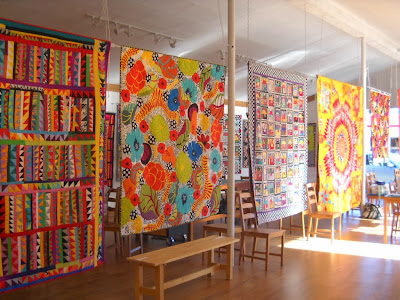 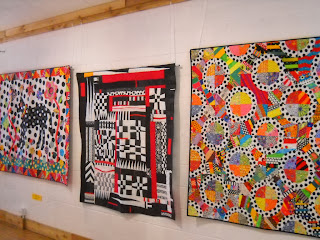 Freddy Moran has been producing her groundbreaking colorful quilts for the past twenty two years. Her first quilting book, “Freddy’s House”, brought her fearless use of color to a wide audience and is still in  demand. Since then she has written and co-authored several other books. Freddy travels and teaches extensively, challenging quilters to break the rules and do what works best for them. She has appeared on national television, including the DIY network.
“Red is a neutral” is her quilting mantra. Island Quilter is excited to show over 30 of Freddy’s works.


Extended due to popular demand:
Exhibit open until December 4. 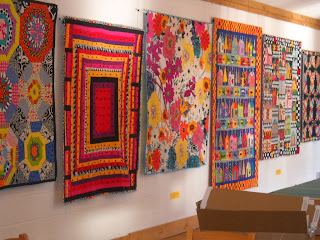