Remembering my one of my favorite parts of Italy - 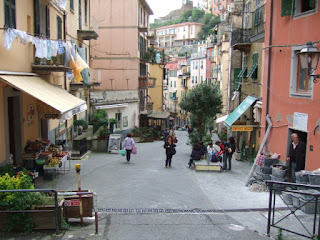 The Cinque Terre: Çinque Tære, meaning "Five Lands" is a coastal area in the northwest of Italy. 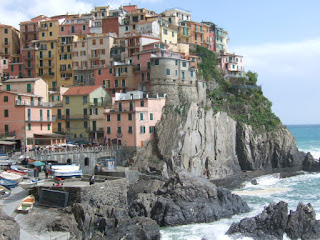 Many walking trails run throughout the park, and are named according to the SVA numbering system, however it is common to hear trails referred to by their previous numbers, causing confusion to visitors. The most popular is known as the Sentiero Azzurro ("Azure Trail"), used to connect the five villages. Due to the unstable environment, landslides frequently cause portions of the trails to be closed 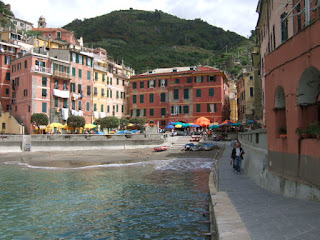 The Cinque Terre area is a popular tourist destination. Over the centuries, people have built terraces on the rugged, steep landscape right up to the cliffs that overlook the Ligurian Sea. Paths, trains and boats connect the villages as cars can reach them from the outside only via narrow and precarious mountain roads with great difficulty. 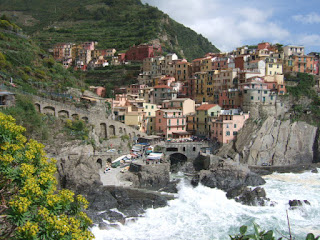 Access to Cinque Terre by car is limited. A road to Vernazza is very narrow and ends a
kilometer before the town. It’s easy to get their by train.

The most popular path between the five villages is known as the Sentiero Azzurro ("Azure Trail). Due to the unstable environment, landslides frequently cause portions of the trails to be closed.