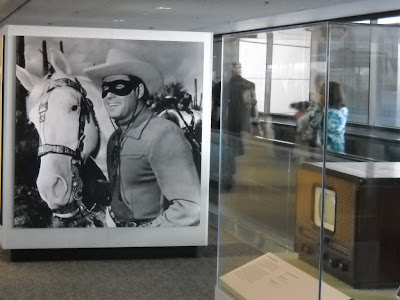 I love to travel, one of the very unexpected bonuses is finding something wonderful in a very un-expected place, in this case , the San Francisco Airport!

Television: TV in the Antenna Age

“ TV will never be a serious competitor for radio because people must sit and keep their eyes glued on the screen; the average American family hasn't time for it.”

Skeptics abounded when the television was introduced at world's fairs held in New York and on San Francisco's Treasure Island in 1939. Despite how magical that box with the moving pictures must have appeared to

those lucky visitors who viewed demonstration models, few could imagine television competing with radio's far-reaching networks and larger-than-life performers, or that many of those stars would make the successful transition to the new medium. Within a matter of decades, proceeding generations found it difficult to imagine life before television.