Who knew? I assumed that a Circus Museum would be on the grounds, but there was so much more!
John Ringling, one of the five original circus kings of the Ringling Bros. and Barnum & Bailey Circus, was blessed with entrepreneurial genius and through his success with the circus and other investments, became quite wealthy. In 1911, John and his wife, Mable purchased 20 acres of waterfront property in Sarasota, Florida.   In 1912 the couple began spending winters in Sarasota and later decided to build a home there. The home is a splendid Venetian Gothic mansion Cà d’Zan. 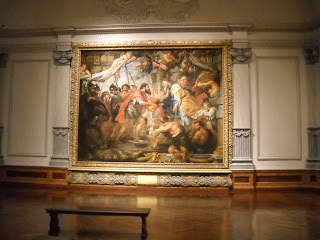 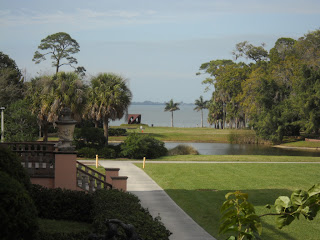 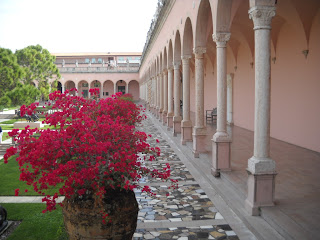