Here is just a glimpse of the main event...
I was met by the following visual: 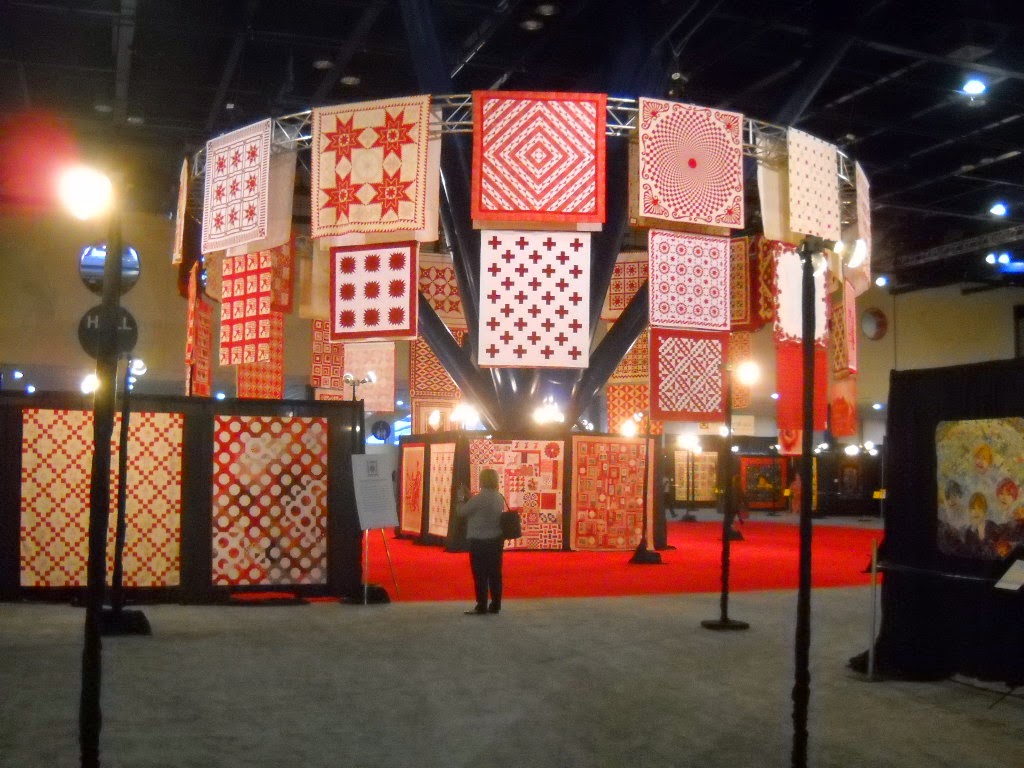 Ruby Jubilee: Celebrating 40 Years
This exhibit is inspired by the 2011 “Infinite Variety: The Century’s of Red and White Quilts” exhibit in New York. Quilters have long used ruby (red) to show love, power, lust, strength, fire, death, and war. The addition of white was often used as a relief to the strong red. A selection of ruby and white quilts made from 1974 to present and a selection of red and white antique quilts makes a powerful statement as we celebrate our 40th anniversary as the largest quilt show sale and quiltmaking academy in the United States. 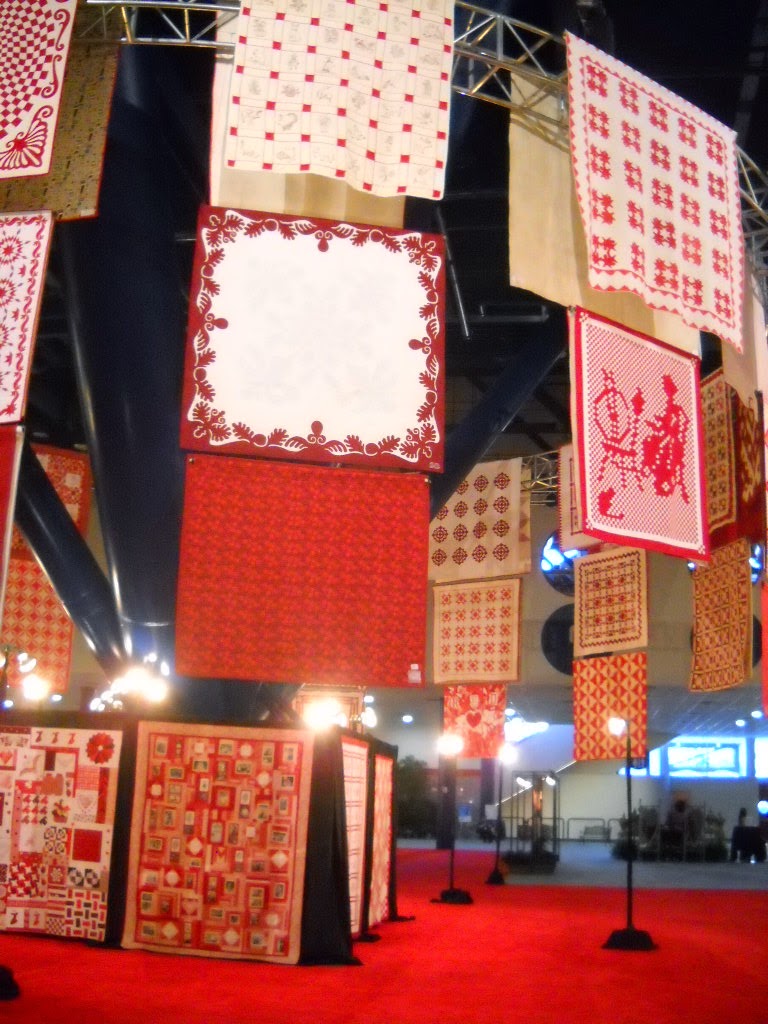