It's hard to believe that it is already four years since my visit to Italy. My favorite...Venice.
Venice is one of the most important tourist destinations in the world for its celebrated art and architecture. The city has an average of 50,000 tourists a day. It is regarded as one of the world's most beautiful cities.

Tourism has been a major sector of Venetian industry since the 18th century, when it was a major center for the Grand Tour, with its beautiful cityscape, uniqueness, and rich musical and artistic cultural heritage. It continued being a fashionable city in vogue right into the early 20th century. 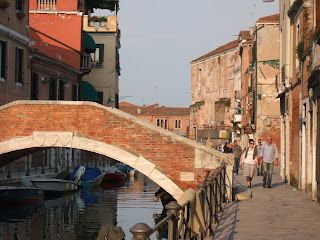