A Vacation in France - Monet’s Garden 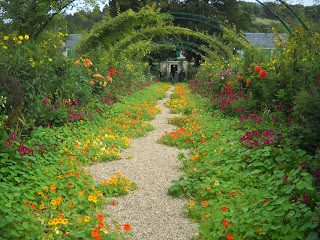 Our first stop in France was Monet’s Garden in the village of Giverny. We need a couple of days to get over jet lag, figure out the car and it’s GPS. Stopping first at a peaceful place not far from the airport seemed like a good idea. 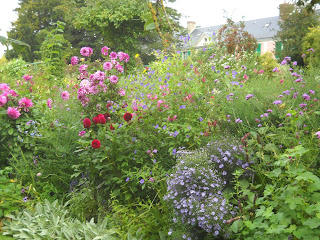 Monet noticed the village of Giverny while looking out of a train window and made up his mind to move there and rented a house and the area surrounding it. In 1890 he had enough money to buy the house and land outright and set out to create the magnificent gardens he wanted to paint. Some of his most famous paintings were of his garden in Giverny, with archways of climbing plants entwined around colored shrubs, and the water garden, formed by a tributary to the Epte, with the Japanese bridge, the pond with the water lily, the wisterias and the azaleas.

Claude Monet's property at Giverny (house and gardens), left by his son to the Académie des Beaux-Arts in 1966, became a Museum opened to public visit in 1980 after completion of large-scale restoration work: the huge Nymphea's studio was restored and the precious collection of Japanese engravings was displayed in several rooms, hung in the manner chosen by the master himself; the gardens were replanted as they once were. 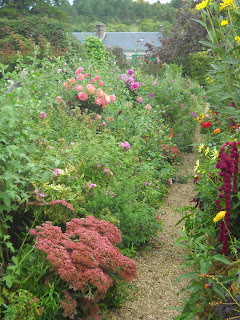 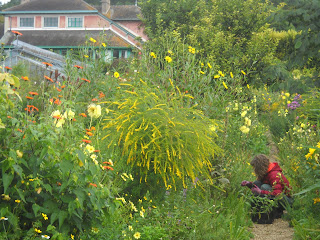 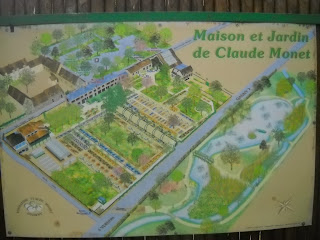 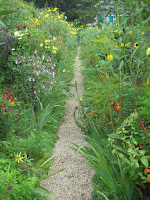 As early as 7 o’clock in the morning, the fairies are at work in Monet’s gardens. Young volunteers (who volunteer for a month) carefully take away the wilted flowers.


Seen on a map or from the windows of his home, Monet’s flower garden aligns straight lines that resemble a grid. But because Monet raised the flower beds, an oblique look through the garden doesn’t reveal the walkways. Instead, it gives the feeling of an endless flowered meadow full of striking colors. 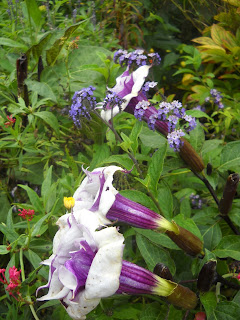