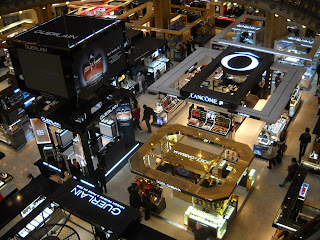 When in Paris, one should do what the French do....shop. Why not start at an upmarket French department store, like the Galeries Lafayette?

Galeries Lafayette sells everything you could possibly want. From jewelry and accessories, handbags, shoes, women and men's designer clothing, children's clothing, home and house goods, furnishings and anything else you could imagine. 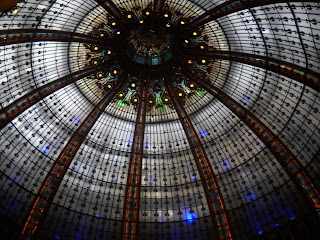 The 'Grand Magasin' (department store) officially opened in 1912. The most striking feature of the building is the monumental dome with colored glass and wrought iron, which was created by Chanut. The dome gave the building the nickname 'Magasin Coupole' (domed store). 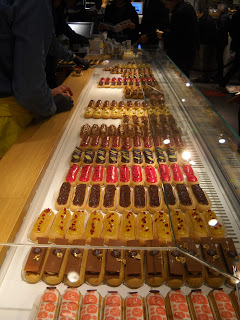 In December 2012, Christophe Adam opened L’Éclair de Génie, a creative concept that is as novel as it is indulgent. With a vast selection of eclairs to choose from but also a delicious variety of chocolate-based products, L’Eclair de Génie’s concept stores provide a truly unique, colourful and flavourful experience!